Aka-chan will bring mochi to the party! 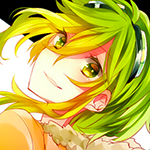 Cobalt has been volentold to participate, also needs to make sure that people don't loot her panties.

Mazin Pirates are ready for Pandamonium. jk on Mazin Pirates. He doesn't koalafy as a Captain. Still, while Laurel may or may not be on board, it will be Mazin's job to bring in the bearies. Or get bearied. Oh, if I must. Hi-diddle-dee-dee, an animal circus' stint for me!

My body is ready!

Sounds like alot of gold will be involved, Dax Morgan will be there

Hey, you got another "Blue" coming in.

I'll be joining, I have permission from my captain!