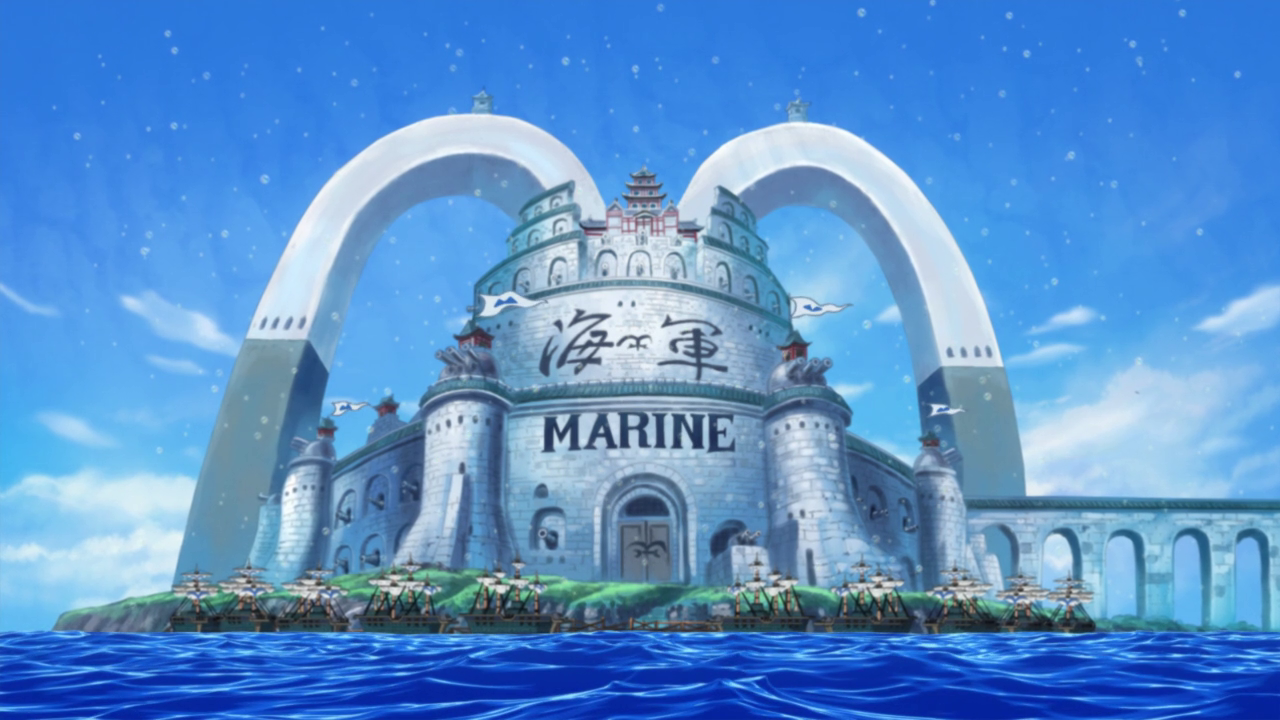 Owner: World Government / Navy
Status: Untouchable
Economy: 20
Description: New Marineford is the site of the Marine Headquarters after Marineford in Paradise was nearly destroyed at the end of the Conqueror's War.

The Marine Headquarters here is significantly larger than the one at Marineford, as it even dwarfs Marine battleships. It is much more heavily fortified, with the fortress below the main building being circular and three-tiered and containing more defense cannons. On the sides of the fortress are massive arches that go up to the top, and there is a small building on each arch. The arches are shaped like the "M" in the Marines logo and represent their seagull mascot.

The main headquarters building is on top of the fortress between the two arches, and like the Marineford Headquarters, it is a tall tower styled like an ancient Japanese pagoda. The air around Headquarters is filled with bubbles, similar to those on Sabaody Archipelago.

Rumours state that hundreds of years ago, Marineford and New Marineford had undergone a similar change in the location of the headquarters. However, details on this rumour are sketchy at best.

New Marineford is the official station of the Navy admiralty.