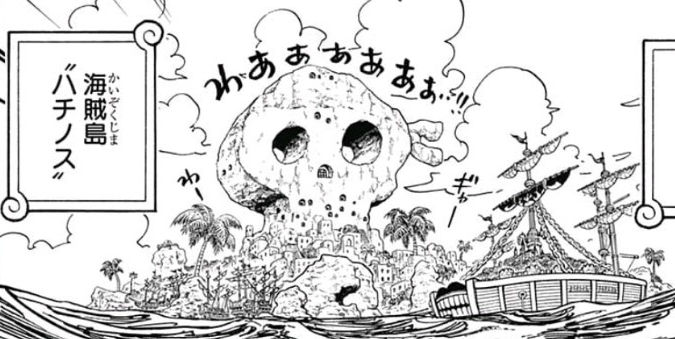 Beehive is a relatively small island with a large, skull-fashioned rock formation in its centre, towering over all else. A city of many smaller buildings, all square, crudely brick-built ones, surrounds said skull, as does a series of large palm trees. The skull's inside is carved into a fortress (where Thunder Ogre is based at), with the "nose" hole being a giant window (with additional, smaller windows dotting the skull here and there), and both "eye" holes going right through the whole structure. On the outside, the skull is carved to look like it is wearing a bandana, including a protrusion on the left side shaped like a knot.

Beehive is operated by and under the protection of the Thunder Thunder Pirates. Despite the congregation of criminals gathering on this island, all visitors of the island are sworn to a code of honour that keeps Beehive from turning into a pit of despair. In fact, the island is known to be a popular vacation destination for pirates.