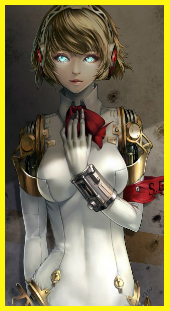 Stationed upon the island for days, Mezra was unsure why or why not she was told to come here in the first place. It was for an important reason, she was told, one that would greatly impact her future here if she would stay patient for now. She couldn't understand what this meant, but she wasn't one to question anything yet. She trusted her superiors, and if they said that they had great plans for her she would accept it. She wasn't particularly in the place to dispute this claim, either way, so she had spent most of her days on this island waiting for some time.

It wasn't as if the time spent waiting was too stressful though, as she had been staying at Water 7, a place that she had wanted to visit since she was a young girl. She couldn't help but smile as she spent this time reminiscing on the memories of the past, yearning to go back to it, although such a feat was impossible in the first place. Maybe the true reason they had told her to stay here was to help repair some boats or something, although compared to all of the other talented shipwrights here, she felt as if she was nothing but an amateur. It still felt nice being able to perform small checks on their vessels and getting so many thanks in response. While she could dream that she could spend her time here forever, it was something that Mezra knew would eventually have to come to an end.

Laying low, she had dressed in her civilian clothes, masking her artificial parts to not raise too much awareness around her. Mezra had even looked like one of the many different people that lived on this island if an outside had come and seen her, although the locals knew that she was an outsider but still would give her some kindness. On this early morning, Mezra had come to the docks under the excuse that she would be checking some of the ships to assess for any major damage that may have been done like every other morning. In reality, she had come here to see if this big breakout of hers had arrived.

Don't cause a scene~!

The Wonderland Hatch was anchored in all its grandiose magnificent at Water 7’s busiest docks. Perhaps this wasn’t the cleverest of decisions, considering the Hatch’s crew held three distinguished criminals with bounties to reflect the atrocities they’d been accused of. Two such bounties were objectively higher and represented a supposedly prudent threat to most civilians.

However, to the hardened and weathered shipwrights of Water 7, famous for their dealings and business with notoriously vicious pirates, the heads of certain key figures from the NRA was purely non-consequential. The green crossed swords boldly displayed upon the loose sails of the Hatch garnered limited attention and though the giant shadows of a warrior mink and a skulled monster turned some heads, the rest of the crew was offered no such scrutiny.

The crew was assembled in an assorted group of misfits and upon first glance, it was a wonder how each individual had come into the same company as the one beside them. Barring the two inhuman giants, a gaudy fishman was among the patch of faces and beside his eye-averting glamour was a matronly woman dressed in a classically puritanical gown and she stood imperiously balancing an ostentatiously large parasol (which was truthfully more reminiscent of the commercial umbrellas used by cafes) on her shoulder. And beside her stood a grouchy midget as short as her neighbour was towering.

If only one had the time of day to analyse every other individual in this mishmash disorder of a crew, but they appeared to be in a heated argument, one that diverted attention in its embarrassing public display. This was unfortunately nothing new to those already familiar with the Bonbon’s dynamic and perhaps a very tiresome dynamic to the more level-headed among them. For better or worse, the level-headed were a stark minority in this crew, but nevertheless, this minority must be quickly growing weary.

“Some helmsman you turned out to be, Rozene,” complained the princess in the lavish gown. “Now we have a gaping hole in the hull!”

“I refuse to take any blame,” snarled the warrior mink, baring his yellowed, yet still immensely threatening, fangs. “Freya and Friday thought it would be an excellent prank to tamper with the wheel.”

“Hey!” exclaimed one of the two identical, tanned faces. “Friday and I were planning on putting it back together once we pulled the anchor!”

“Cherry was supposed to wake us up before we set sail!” agreed his brother, Friday, jabbing an accusing finger at the 10-year-old child of the group.

“And you just figured out of the entire crew, Cherry was the most trustworthy,” grumbled the fishman, the bells on his jester hat jingling softly as he shook his head in annoyance.

“Well, at least they didn’t choose Alice,” interjected Cherry, clearly taking no shame or offence in the crew’s lack of trust in him. If anything, he seemed to revel in the conflict.

Ronx eagerly took the tray of Mizu Mizu Candy the stall owner offered him and immediately bit down into one. The blonde was silent as he chewed thoughtfully before swallowing and breaking out into a blissful grin.

“Ah~! So yummy!” he cried out, his shoulders trembling with euphoria. “Everyone, have some too!”

He turned to the entourage of crew members he had failed to sneak away from and extended the paper tray filled to its brim with giant orbs of Water 7’s infamous watery candies. One such member, a behemoth dressed ominously in an all-black tailcoat and a black handkerchief draped across his deer-shaped face, stepped cautiously forward and dipped his gloved fingers into the tray.

He then retreated and shifted the coffin strapped to his back before carefully concealing his face with his other hand. A long, snake-like tongue flicked out from the curtain to lick the juicy candy and Ronx watched him eagerly, his grin widening as an approving mumble rumbled from the gentle giant’s throat.

“It’s good isn’t it, Fable?” he said proudly. “I used to eat Mizu Mizu Candy all the time when I was younger!”

Without elaborating further on the elusive details of his past, he thrust the tray to the next person: the midget girl spotted earlier dressed in an oversized jacket. Like Fable, she carried a large case by its straps slung over her shoulder, but it was far less ominous in appearance, even if its contents were far more dangerous than the musician’s.

“Try some, Oliver!” he insisted.

“We’re supposed to find a shipwright willing enough to fix the Hatch for a reasonable price,” argued the brunette.

“Try some…!” whined Ronx, thrusting the tray into her face until its sticky exterior pressed invasively against her cheek.

“You’re so annoying!” snapped Oliver before snatching up a candy and shoving her captain away. “I can’t believe I agreed to join a crew with such a dumb captain!”

“Is it good?” asked Ronx heartily, the offensive words flowing from the smart-mouthed midget having little effect to dim his disposition.

“Shut up, I haven’t tried it yet,” grumbled Oliver before shoving the entire candy into her mouth. She chewed contemptuously for a moment before freezing and her eyes widened in delight, her hands flying to her mouth. “Dewifous!!!”

“I told you so!” said Ronx, throwing his head in a cheerful laughter before turning to the last individual or individuals of his renegade group. “Here! Your turn!”

As Howai strolled through the streets of Water 7, her memories of the fight against Maya came back to her mind. At that time, she was no help to her captain and would have been captured without him. On the other hand, she would not have been in that situation if she didnt met him. But as always, Howai supplanted this fact because she is too naive and blindly trust Alice, which usually does not end well for her. But in the end she knows for a fact that the crew's strange dynamics somehow make it all go well.

At a stall, the captain bought some Mizu Mizu candy and offered Fable and Oliver to try some.

"Here! Your turn!" He said, looking at Howai.

After seeing how much Oliver liked the sweets, she could not wait to sample them as well. So she happily grabbed some and without saying a word, it landed right in her mouth.

"Fank 'ou!" Said the cook after the taste developed.

After the tasting was over, they continued to search for a shipwright. While the others continued talking, Howai fell back. She looked at the houses but realized that nothing changed since she left this place. Maybe she should visit Aghas again, whether he has found a good substitute for her. While she was lost in thought, the distance between her and the rest of the group grew larger and larger. However, she was still able to follow the group well enough, due to the fact that Fable jutted well above the rest of the crowd.

Suddenly she bumped into a blond woman. Howai looked into her eyes and put her hands on her chest.

"I'm really sorry!" She totally lied to her.

At the same moment, Howai let one arm grow out of the ground behind her counterpart, who stole the woman's wallet and passed it on to another arm. As Howai was no longer in the woman's field of view, she took the purse, grinned mischievously and quickly rejoined her group.

"Where have you been? Has something happened?" Oliver asked worriedly. The tone was completely different than when she was talking to others. 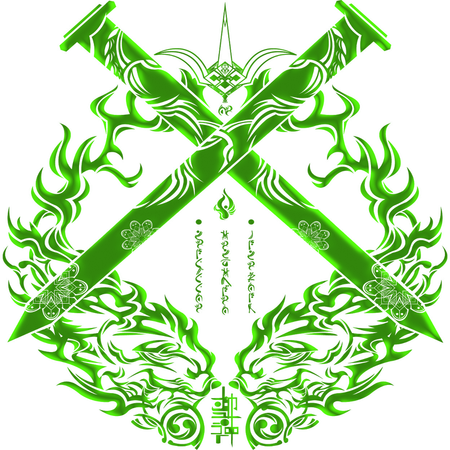 CREW NPC STATS:
(List the current values of your Crew NPCs for the stats below, accounting for stat morphs and damage.)

CREW NPC RATIOS:
(For each one of your Crew NPCs, list their current RX% and DMG% against their opponents.)

BOSS STATS:
(List the current values for the stats below, accounting for stat morphs and damage.)

BOSS RATIOS:
(For each one of your bosses, list their current RX% and DMG% against you and your Crew NPCs.)

BOSS TECHNIQUES USED:
(List the class, damage, and target of techniques used by your Bosses  if you or your NPC Crew are the direct targets.)