Well. Lets see if my initial roll was just due to how the dice had been treating people before or not. 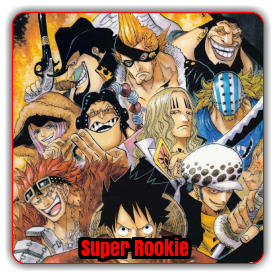 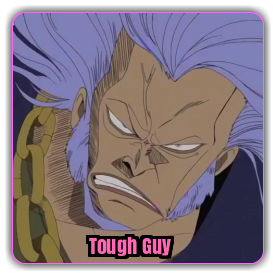 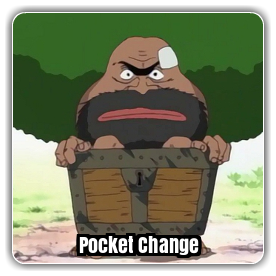 Are you really that sweet to me starter bonus?

are my reflex rolls fixed now?

The member 'Gray' has done the following action : Dices roll

Rolls 1 are for Noir
Rolls 2 are for the boss

am I getting rolfstomped again?

“You forgot the pressure cooker, papa!” The young woman betrayed a worrisome pout, crushing and mincing spices in a mortar. The father attempted to allay her doubts with a deliberate, smart-ass grin. ”Mapapapa! You must be blind! I brought a ten foot pressure cooker along, don’t you see?” Gray sighed in defeat when the soon-to-be-former head chef turned to him expectant. No harm in flexing my invisible muscles a bit.

Cassimo rushed like a stampeding cow while Cassata cleared the space with a pitch-kettled look. Once the deep and fat witch-like iron pot was set, the elder chef thumbed the spiky ends of his moustache and breathed deeply. His gut suddenly sunk in and his chest and arms seemed to puff up. He threw a massive burlap sack of rice over his shoulder and emptied out the contents into the pot. Despite its dubious previous packaging, the rice seemed to have been washed and rinsed neatly. Cassata dumped a few buckets of distilled water into the pot before sprinkling her spices on top.

When Cassimo gave Gray the it’s-your-turn look, his brow twitched as if he were trying hard but failing to wink. Cassata let slip an odd and suspicious glance, still unaware of the plan. In no more than a few seconds, a thin plume of smoke whistled out from the center of the lidless pot. The strange phenomenon clearly took Cassata by surprise, for she approached the pot in amazement and leaned over it to look. “How are you doing that?! Did you eat a devil fruit?!” Cassimo hushed the young woman, subtly pointing out the audience which had formed out of their neighbouring contestants. “Woah!” “That’s amazing!” “What sort of cooking gadgets are you using?!” All expected reactions from fellow chefs who now must have been doubting their own chances at winning this competition. Who could compete with a cook who doesn’t even need the proper utensils?

Gray could not appreciate the confluence attracted by their bag of tricks, but his abstention from assistance would only have left his friends in a pickle. But his fears weren’t for naught, since the crowd only drew in a kettle of vultures. ”Greetings, my dear contestants and visitors! My friends here and I couldn’t help noticing the wondrous feats of modern cooking you were demonstrating here. I was quite impressed. Almost so that I might be inclined to present to you an otherwise exclusive proposition.” With the hefty auras in this dubitable posse, Gray had no choice but to suppress his own, even if it might’ve been too late. [Haki][Kenbunshoku Activated]

”Who the hell are you?” Cassimo was visibly irritated by the interruption. ”Oh how rude of me, I’m so terribly used to being introduced by my chaperones, that I often forget the new one’s incompetence. I am Count Olivert, and my friends here are--um..are..--yes. We are here to invite you to Count Osbourne’s exclusive party of exclusivity! He has a special prize arranged (far more precious than the one they’re offering here). It would be a shame for chefs so talented as you to miss out on such an opportunity.”

Cassata’s eyes twinkled like a cat’s but even in daylight. She whispered to the two of them in as much secrecy as could be afforded with the audience. ”Papa! Count Osbourne’s parties are always told to have the most wealthy and elite guests. Our restaurant could really turn around if we could get their attention.” Cassimo scoffed and spat to the side, approaching the smaller man claiming to be a count as if to intimidate him. ”You must be a fool to try and hawk contestants from Hagel’s thing. Does he know what’s going on? I oughta have a conversation with him.”

The count only smiled sly like a fox having trapped its prey. ”You know, my dear man, information is the most expensive ingredient there is. As it would happen, I’m no pauper. That makes me a great chef, for I happen to have the most scrupulous ingredient of them all. I imagine your friend-in-black here would make for a wonderful dish when used as said ingredient. So, what do you say my man?” The barely veiled threat was now directed towards Gray. Before he could offer to make amends by exiting the event, Cassimo regretfully accepted the count’s proposition, gesturing Gray to stay.

And so, Cassimo and company were now floaters in this stew of shady characters. And lately, Gray had avoided such shady characters about as well as toddlers avoid choking hazards.