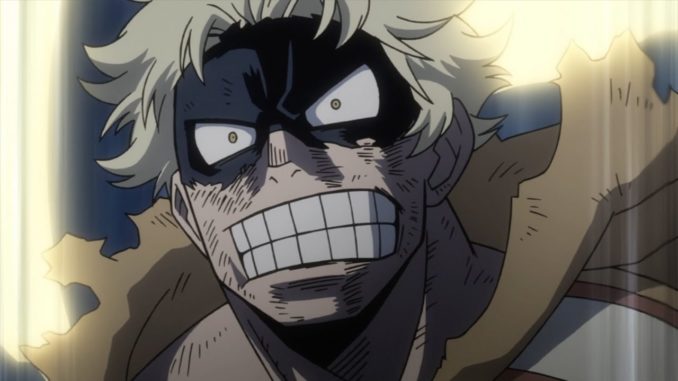 Hair Style: Somewhat short and wavy.
Hair Color: Blonde
Eye Color: Yellow
Scars: None yet
Clothing and Accessories: Due to Stone preferring to wear more breathable clothes he no longer wears a regular marine uniform. Instead, he opts for  loose fitting shirts that have been cut down almost all the way down to the bottom on both sides, leaving his stomach clearly visible if viewed from the side. The shirts are usually colored in the marines colors with the symbol of the world government on the front.  On his lower body he is seen wearing black or gray shorts that end just above the knee. His clothes, like most Devil Fruit users are able to stretch and do not rip apart when Stone transforms into either of his Zoan forms. Stone does not wear any boots or shoes as they would not allow him to use the claws on his feet when he uses his powers so he is most likely seen wearing standard black sandals. He does own a regular officers coat with the justice (正義) kanji on the back but Stone almost always forgets to wear it when he is on duty which usually leads to him getting scolded by a superior as he tries to leave the ship.

Depending on if Stone is going to be in a situation where he has to dress more formally he is most commonly seen wearing black pants and shoes with his dress shirt and suit jacket changing colors more frequently. Although as a general rule of thumb Stone keeps the suit jackets darker colors and his undershirts lighter in comparison.

Description: Stone is a very large man that is easily identified by his stature and body that is covered in muscle from his strict training regimen. His skin is fair and only tans very slightly when he is out in the sun for an extended period of time out of the shade. His proportions are very close to an average persons with the only difference is his arms which are slightly longer than average, which he will deny at all costs.

Hometown: Kawajagar, West Blue
Personality: Ever since Stone was a young child he was taught the importance of self discipline and control. Now while anyone who has met him could see that he clearly is a determined young man none of them would say he acts very passionate. Stone simply acts this way because it is all he has known and he is comfortable with living in a stable routine where he can expect what is going to happen. Being a somewhat new recruit to the Marines, Stone has made a point to personally talk to every person he meets individually and is generally seen as very kind and caring, especially for what someone that has just met him would expect.

Speaking of how he acts in battle, Stone treats fighting with as much professionalism as every other part of his job. He despises people who enjoy creating conflict and will only drag out a fight if he is ordered to. With most opponents he faces Stone just prefers to use one of his wrestling moves and end the battle as quick as possible. When he is fighting in a group or under the command of a higher authority Stone's sense of loyalty mean that he will follow every order with no questions even if he does not agree with them.

Stone is a practitioner of "Loyal Justice". He is very loyal to the Marines and will follow almost any order given as long as it does not involve damaging anyone or thing that he deems innocent. This is due to him growing up on an island where he always had a goal to work towards, whether it be going hunting or fighting off the occasional group of bandits who would show up to his village. He values structure so much that he doesn't even mind blindly following orders as long as he believes he is working for something bigger than himself.

History:
Stone was born on a small island deep in the West Blue named Kawajagar. Kawajagar was a wild untamed wasteland during the time of his youth where Stone's tribe was able to establish a stable society and survive invasions from marauding pirates who would frequently attack thinking it would be an easy victory due to the country not being affiliated with the World Government.

He spent the majority of his younger childhood watching his older friends and family hunt and survive on the island. By the age of 10, Stone had mastered fishing and trapping smaller game and was training in the islands traditional martial art to be able to fight the bigger creatures that inhabited his home.

At the age of 15 Stone was already well respected on his small home, being a well known hunter and trapper and wrestling some of the more larger wildlife on the island with no weapons was bound to draw in attention eventually even on a more remote island. Stone was tired of living out the same predictable life day in and day out but there was no opportunity to leave the island behind.

4 years ago there was the Conqueror's War that shook the whole world and some of the higher ups in the Marines wished to gather more power under themselves to better fight the next generation of pirates that would surface after the battle. a Vice Admiral was visiting unaffiliated countries in the North Blue when they stumbled on Kawajagar. As they were leaving the island  a soldier saw Stone dragging back a large ox like creature. The Vice Admiral went to introduce himself and offered Stone a invitation to join the Marines. He had only sat their a couple of seconds before accepting the mans offer and leaving the island for the first time the next morning.

Stone had little tying him to his family as in his culture most people are taught to live on their own from a young age. After he enlisted Stone would quickly rise through some of the lower ranks and showed a lot of promise to a majority of his superiors due to his seemingly endless amount of drive and determination to improve himself.

One month ago Stone had recently been sent back to one of the bigger Marine bases due to discuss his most recent promotion. He was offered a chance to be given a Devil Fruit that was not recorded in the encyclopedia and had been so far passed over by Stone's superiors due to them not wanting to take the risk. However, Stone was not very worried about ending up with something useless and ate the fruit. After he gained the powers of the Inu-Inu no Mi, Model: Golden Retriever. More recently, he trained for the rest of his stay at the base while he is currently waiting to be assigned to a new ship