[Episode] A Feast of Fists & Flame

[Episode] A Feast of Fists & Flame

Summary: After deciding to do a little recon of Conomi Island for her commanding officer, Draconia and her small detachment of Marines come across a mysteriously, seemingly, abandoned ship floating near the island. Investigating the ship they make a discovery that none were quite ready for. Members of the Kumate Tribe were being transported as slaves, but somehow broke free and devoured the entire crew of slavers. Draconia knows what she must do, take these cannibals and arrest them before they snack on her and her men. All she has to do is take out their leader... but where is he? 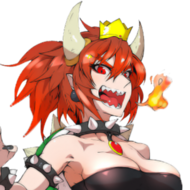 Oversleeping wasn't usually the m.o. of one Draconia Sanguis but hell, sometimes a bitch needed her beauty rest. At least this time she didn't lose precious time out of her morning routine, since she hadn't received any orders to be in any specific location...right? Exactly right. It wasn't like there was chatter about going to some island to help some bratty children with their Pirate issue or something. Nope, no sir. With that information in tow, the beautiful beast of a woman spent her time pumping iron with her right hand, facing her mirror, and putting her make up on slowly with her other.

The moment that she found herself looking both particularly swole and fashionable beautiful she tossed her weights behind her. A loud thud being heard as the object crashed against the wooden floorboards of her quarters. With a large yawn on her face, she quickly reached for her armor and slapped each piece on with all the grace of a water buffalo. Turning to face the mirror and slapping herself on the ass, she smirked hard enough to bare her fangs before she moved quickly towards the exit of the room. Grabbing her jacket off the rack and draping it over his shoulders.

She didn't bother saying shit to anyone as she made her way to one of the smaller lifeboats and she didn't say shit to her small detachment of men as she sat her humongous ass into the ship itself. Crossing her legs and arms, with a large smile on her face. Her eyes closed all the while. She needed peace and quiet for this recon mission. After-all, she wasn't sure what was going on in her social life anymore and that uncertainty had made her a tyrannical bitch as of late. That was something everyone was starting to recognize.

She usually had a handle on whatever the hell was going on with her, especially in regards to the various people that she considered to be her friends. Perhaps, if she completed this mission she'd be able to make them all stop acting like she was unreliable. At least that was something that she was starting to feel like. For all of her physical strength, she wasn't as emotionally strong as the majority of the people that she hit the seas with. Perhaps it had something to do to her past? Perhaps she was overthinking things? It was hard for her to tell.

All she could do now was to go out of her way to make sure that she'd never be underestimated again. Especially, in terms of the people that relied on her. Opening her eyes, peering at the men whom were rowing the boat at a steady pace, she spoke with her traditionally fucked up voice. "Arigh' boyos, git ta' paddlin. Fier' and fas'. Dun' ye be giv'n any 'cuses na. We gots an time lim', so moveya arses. (Alright boys, start paddling and be quick about it. We have a time limit so don't give any excuses for why you can't keep pace. Now row! )"

She spoke with a confidence unlike any other with her and her words surely touched the hearts of her mates, since they definitely started to row faster. She kept a look out for any anomalies and it would take only about thirty minutes of rowing before she noticed a ship in the distance. It was drifting in place and caught her attention due to the fact that she wasn't aware that such large vessels operated in these waters. It brought an even wider smile to her face, causing her to point out it to her small crew.