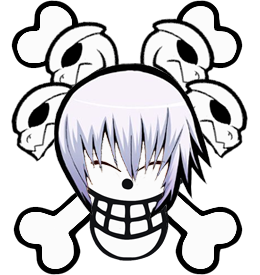 Insignia/Jolly Roger: A scroll and cross bones with silver hair, and four extra serpent like heads behind the main head.

(More positions can be added, if filled)

Officially requesting the Ni position for Sho for the upcoming recruitment arc.