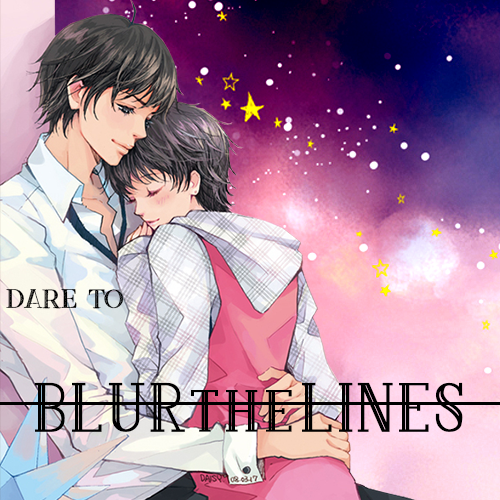 In the beginning, the differences between Alpha and Omega were vast. Omegas were seen as tools, as a means to continue the world's populations while Alphas lived in their vast estates and lived a life of luxury. The rift between them became so vast that Omegas began to be treated as nothing more than slaves; sold to Alphas to further their bloodlines or sold to brothels by families too poor to feed their other children.

But, like all stories in history, a revolt rose up and Omegas fought back against their Alpha masters eventually gaining their freedom. A new world of peace began where Omegas were given the same opportunities as their Alpha counterparts.

While peace reigns among all species and statuses, there is always a rift, there is always a stigma between Alpha and Omega and unrest still waits in the shadows. Can you blur the lines to find your fated pair or will you contribute to the growing unrest?

Welcome to Blur the Lines!