Summary: The dynamic duo has tracked their bounty to a Karate Tournament, where their potential captive loses in the first round. Rushing to capture him before he leaves the island, they discover clues that suggest he has fled to the Briss Kingdom to meet up with his entire gang, with each member having very sizable bounties of their own. Our unlikely duo head to Briss just in time to hear horrible news, the Princess and her handmaidens were captured while out in their garden. Getting captured by the very same gang they are hunting. Each knows what they must do now. Save bitches and get riches. 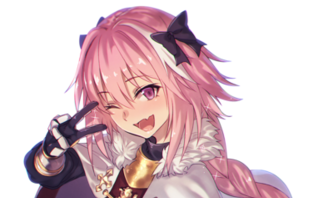 Subarashi was the kind of man that completely adored the thought of a tournament and hearing that his bounty had fled to Karate Island was more than enough reason for the king of fuckfu to spectate the one that was being held soon. The look of excitement on his face showcased his mischievous nature, for he had wanted nothing more in this world than to watch a bunch of sweaty men beat each other up for his entertainment.

Subarashi only hoped that his disguise would allow him to pass through the town unnoticed.

He wore a long raincoat that was black in color, with large goggles over his eyes that were blacked out. He even wore a pink mustache over his face and moved around with limp for good measure. He still wore all of his gear underneath the parka-like raincoat, but for now he made sure that he didn't tip his hand. Absolutely nothing about him was suspicious in any way. Which was why he bought the twenty gallon top hat to go with his ensemble.

He was a master of disguise, no?

One of the biggest disadvantages to being an absolute stud was that it seemed like no matter where he roamed, someone would recognize him. More than likely it would be an informant working for his target or his target themselves. Either way it made capturing his marks a pain in the ass the likes of which he couldn't possibly appreciate. Yet, he seemed to be a master of his craft. Since no matter what happened he always caught his prey.

Be it that he passed out and pissed himself or he merely swung so wildly that his slash would have missed it's target, none of it mattered much. Subarashi had nearly always captured whatever quarry found themselves unfortunate enough to be caught in his gaze.

Today would prove no different. That much he was certain.

One thing did slip Subarashi's mind, however. He didn't seem to think about the large gang of females that were surrounding him on all sides. Women whom were convinced to wear similar attire to his own, complete with their own mustaches. But he insisted that they wear bodysuits instead of their traditional outfits. Which meant that they were appearing to be shapely women with thick pink mustaches.

While Subarashi swore he was the smartest man on the island, there was no doubt that he was drawing attention to himself. Especially since he didn't really do the best job of not using his own name when speaking to the numerous vendors and merchants that were out on the town this day.

A deep, spicy voice rang out among the murmurs and buzz of this particular section of the town square.

"I, Subarashi, declare that we make our way to the arena post haste!" Subarashi flourished his hands around like some sort of on-stage performer. Allowing for his guile to grace those who could see him near and far.

Hifune grimaced as she walked to the direct right of Subarashi, her arms crossed over one another, just underneath her bosom. Her modified yanyuedao was being carried by one of the many women within Subarashi's greater entourage and it was covered in a lacey fabric to disguise what it properly was.

"Master, it might be in our best interest to use code names." She spoke with an authoritative tone. She was the voice of reason within the Bordello as a whole.

In an attempt to look cute despite wearing his disguise, Subarashi raised himself up on his tiptoes and placed a hand on Hifune's shoulder, tilting his head to the left.

"I'd never call you anything outside of your beautiful name, Hifune-dono."

Blushing profusely, Hifune still managed to conduct herself in a manner most mature. "While I thank you for your straightforwardness, this mission requires the upmost secrecy." She reaffirmed her position despite being obviously flustered.

Subarashi shrugged at her statement however, adopting a fairly dismissive pose as he started to skip at a walking pace. His voice developing a bit of a sing-song vibrato.

"If I heard correctly, they were going to be adding our target... what's his name, to the roster. Easy-peasy."

"His name is Deringer Colt, a ranking member of the Wighteye Gang. Prominent gang operating from the nearby Briss Kingdom. Known for his gun-kata skills." She was quick to give him insight into who their target was. Not that it mattered all that much in the end.

Subarashi was never the man that ended up saving the day in the long haul. So the information she spat out was more so for the benefit of the other four ladies that happened to be apart of the Berry Bordello's leadership.

"Guns are fucking lame." For a split second, Subarashi's whining made his voice sound childish. As though his octave rose by three-hundred percent and his accent disappointed.

"Master!" Kiyomi was quick to react, her face bright red.

Though it was not red with admiration. This was clearly irritation.

"I mean besides your own, Kiyomi-kins. Cuckukuku~!" He'd quickly hop atop of her, clinging to her upper torso as she struggled to peel him off.

Their argument that ensued drowned out by the conversation that picked up between both Yukina and Hifune respectively.

"I sense a few strong presences here. Might be some rival bounty hunters lurking around."

"True, however I doubt it. This is a martial arts tournament, so there are bound to be skilled warriors coming from all around to participate." She addressed Yukina's instincts dryly.

Yukina was the only member of the group to activate her latent haki, not that any of them knew what that stuff was. So Yukina was often trusted whenever she had a gut feeling about something. Hifune simply wanted to remind Yukina that they shouldn't jump the gun just yet.

"We ought to be on guard just in case." Yukina insisted.

"Understandable. Kiyomi-chan, keep an eye out for hostiles, Mast-." She gave her order to Kiyomi, who managed to finally get Subarashi to let go of her.

The little man scampered on over towards the middle of the group once more, crossing his arms and gleefully shouting out with a full dominating presence. Cutting off his second-in-command before she even had a chance to address him with orders.

Hifune sighed softly, though Minako perked up and spoke.

"I think I have a good idea of where we ought to look next actually."

Such a revelation caused Subarashi's ears to perk up. He knew that if his navigator determined there to be a better route, it was best to listen to her advice.