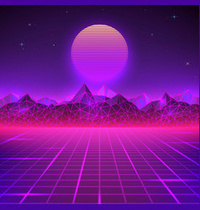 Summary: After successfully taking down the Flevance Flames and disbanding the White City Angels, Duke was in search of a new purpose in his life. While assisting a local resident at the dock with moving goods from his boat, Duke noticed a marine in the distance watching him which led to a confrontation. He asked the marine why he was being watched, to which the marine answered that Duke had the potential to become a dangerous individual because of his strong leadership in the defeat of the Flevance Flames. The marine gave him two choices: Behave properly or be apprehended. With that threat, Duke understood his time on Flevance was over and decided it was time to finish business on the island. He decides to meet an old friend, Mikato, the ex-leader of the White City Angels.

The hour was early evening, and residents dispersed across the all-white town. The sun was reasonably high, with the temperature virtually identical. Birds aspired in the dazzling azure sky, only plunging downward to seize the fish in the ocean below.

On a harbor East of Flevance, fishers loaded the domain as they planned for one of the most significant events on the island, the Flevance Fishing Derby. Around this time, an assortment of fish isolated far out in the North Blue swam near the island's outskirts. The reasoning behind it was foreign to the commoners and the minority amateur marine biologists on the island. Besides, it contributed to the vast community engaging in a competitive day of fishing which was favorable for the overall morale of the island.

Adjacent to the sturdy wooden structure, at the starting point, was a small-scale vessel qualified to carry enough shipment for a small convenience store. Accompanying the boat's design were two men, one wiser with the other more youthful. Alongside the pair were a nuisance of substantial crates loaded with merchandise for the elder's popular antique store.

The older man rested in an outdated wooden chair, sufficient enough to hold his brittle bones. While Duke transported the crates from the boat onto the dock, the older man blew on a cigarette that carefully burned with the evening sun. [npc=misc]"Duke, are you going to compete in the fishing derby?"[/npc] He asked, respiring the harmful vapors before ashing the cigarette in a marble ashtray that lounged on the edge of the softly waving boat.

Duke slanted over at the brittle older man, sweat trickling from his face. [plyr=misc]"No, I was never taught how to fish,"[/plyr] he stated, launching a crate over his shoulder before lowering it onto the harbor. [plyr=misc]"Even then, it's not my kind of thing." [/plyr]

Duke was an upright individual. Unfortunately, his parents never educated him when he was a juvenile, and his cousin was too occupied working to care for him. As a result, everything Duke has learned self-taught, like fighting and gambling. He doesn't even know how to clean and wash dishes properly.

The older man dropped the now-finished cigarette into the ashtray with a mild grin. [npc=misc]"Well, I've won the fishing derby once back in my day. I caught a fish about ye wide, ye long!"[/npc] The older man boasted, forming measurements with his shriveled hands. [npc=misc]"I still hold the record for the biggest fish caught in Flevance!"[/npc]

[plyr=misc]"Bye-yo-bye-yo! That's rather impressive old man."[/plyr] Duke responded with his signature golden-toothed smile. [plyr=misc]"After finishing these boxes, maybe you can teach me a thing or two about fishing."[/plyr] The older man smiled back at the golden-toothed man with a slight nod.

As the two men conversed, another man with a marine uniform lingered in the heavy crowds on the pier, carefully eyeing the tall slim figure with his thick-rounded glasses. Along with him was a small clipboard with a singular sheet of lined paper and an ink pen that he constantly clicked. Duke had noticed him in the crowd for a while now.