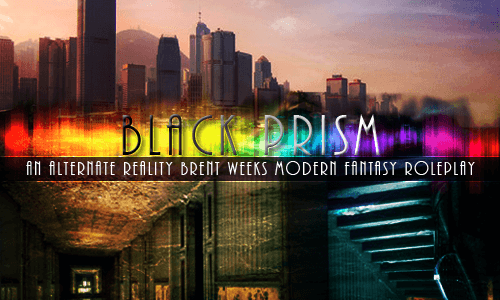 There exists a constant power struggle, hidden from plain sight but clear to anyone who might get dragged under. The Chromeria, the Council of Colors, the Spectrum—use their manipulation of 'light' in both the sense of their magic and their sense of the world. They are drafters that summon luxin into their hands using light, like any magician with its wonders they've mesmerized the world. They spectacle their image in 'purity' but sell and manipulate like experts. Alternatively, the Sa'Kage, the Shadow, the Slums rules the darkness with an iron fist—the pride of their regime is their absolute ability to hostilely take over any opposing force with the Talent they wield. Talent being the magical well inside of many people in this world, a pool of power from which to draw from the basic elements. Dragging into both sides bickering pit of refuse are Vir-infected meisters that control the dead and construct manifestations, Vir-infected shapeshifters, gifted psychics and so much more.

Both are hubbed in Lochstone, Washington, on the brink of all-out war because whoever holds the cards in Lochstone… controls all the hubs around the world.

There only remains the decision… Whose side are you on?

Do not let the book fandom deter you, most of our members have never read the series. All information is available on site, is mostly AU, and our members are more than willing to answer any questions.