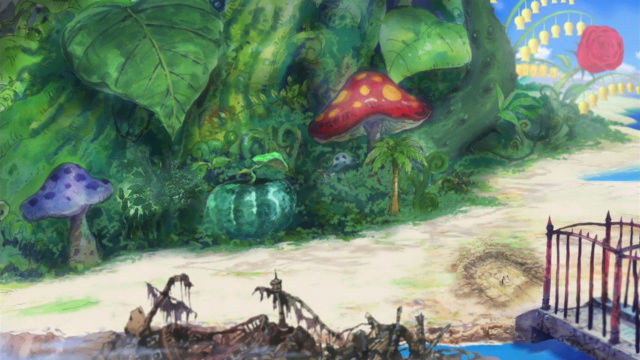 Owner: Tontatta Kingdom / White Saint
Status: Uncontested
Economy: 10
Description: Green Bit is a seemingly uninhabited island in the New World located immediately north of Dressrosa, connected to it by an iron bridge and also a secret underground passage. Befitting its name, Green Bit is a very green place, with a large forest and huge plants. Some animals, namely birds, foxes, and boars have been seen on the Island. Underneath the forest, there is a village which is formed by plants. The village is exclusively populated by dwarves, a race of small humanoid creatures that can only be found on this island. They are ruled by the Tonta Chief and his family. Despite their proximity to Dressrosa, they are an independent community, who have learned to farm on their land with their ancient secretive techniques. The dwarves that reside here possess inhuman strength, despite their small statures, and can easily defeat the average human in battle.