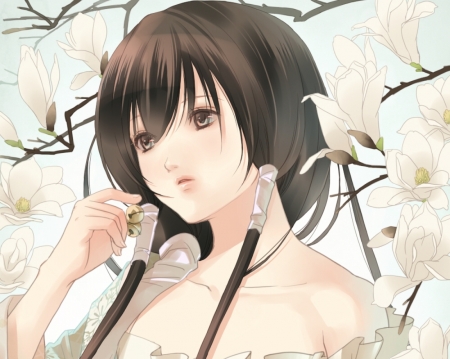 Meet Miss Rupture!
The sun beamed down upon the village, a single boat drawing closer to the shore. A womanly figure stood upon the large mermaid like statue of the giant ship. "My lady Valentina, we are minutes away from Gecko Island, is there anything else we can do for you my love" the voice of a rather fat pirate uttered. The man was in no means attractive, his large beard held an arrary of crumbs and sticky treats, his hands alway's seemed to be slicked with grease from meat. A chicken leg, a lamb leg, or well any kind of leg you can imagine, he constantly had a leg of some sort of meat within one of his chubby little fingers. In the eyes of the world government this man was known as Meat Leg Drew, a pirate of mediocre infamacy within the East Blue, his crew where noted to be responsible for more than their fair share of minor crimes but recently it was believed that they had destroyed a marine base found on Rainbow Island, they had taken credit for the attack but Hilda was unsure, the crew where not entirely "Destruction" material. Stout, round, all of them constantly eating. In the pirate world they where somewhat of a joke, but recent information had come in to Hilda's hands, that they had recieved a weapon from an unknown benefactor. The marines also had this information, they would surely be hunting this pirate crew. So why was Hilda with them? Simple, she needed a ride to Gecko Island. Located on Gecko Island was a mark worth much more than the entirety of the crew she was currently joined with. "Oh, Captain Drew, your so sweet for taking me all the way here, I wont be too long, I just have to meet a friend and then we can sail away together" she said as she slid from the mermaid, her dress flowing softly as she landed, stumbling like some kind of silly floozy so that the captain could catch her in his sweaty meat claddened hands.

"This guy's revolting" she thought to herself.

"Of course my dear, having a beauty on board, my own queen, we shall dock here until your return, I shall have your room cleaned, your dresses pressed. BOYS GET TO WORK WHEN MY QUEEN RETURNS THIS SHIP BETTER BE IMMACULATE" he said, though his sentence would be split, for every second or third word the pirate captain would take a large piece of the leg in to his mouth and tear a chunk of meat from it. "When i return, I'll cook you the greatest legs you've ever tasted my king" she said softly, her voice seductive, sulty, seemingly putting the pirate under her spell. "I look forward to it" he said before smacking her a little hard on the behind, she expected it , giving out a little "OH" and a giggle as she planted a kiss upon the cheek of the chubster. "It took everything she had not to blow chunks all over his face." Though the pirate captains face would turn a shade of red as he coughed. "I SAID GET TO IT BOYS" he shouted, the row boat was ready for her and one of the crew members would escort her to the shore. Giving him a gentle wave she would lift up the hem of her long dress and begin to walk the path that would take her to the village found upon this island. Though out of sight of the pirate crew she would shudder as she wiped her lips from the afore mentioned kiss. "Vile little bastard" she said with acid in her voice, her voice changing, no longer high pitched and feminine but deeper, more masculine. With her large ball gown discarded, she stretched gently, her lighter clothing making her body feel so much better. With the long white shirt/skirt combination and the black jeans, her plimsols helping to make her feet no longer hurt. The bells in her hair jingling gently as the long strands moved down her face. "Anyway, now for the mark" Hilda said a devilish smile upon her face, her body vanishing as the forest seemed to envelop her.

The forest eventually opened up to the small village, small wooden houses littered the field, while a large mansion stood ways away, this mansion would be filled with riches yet it held no interest for the man. Instead she would survery the land, her information had her marks house number, handy having contacts within the database core of the marines. Especially seeing as this very mark was a marine, currently on holiday leave. Being that she looked rather inconspicious already, she need not bother hide herself and try to act all ninja like.