[Episode] Sea Anemone of My Enemy

Re: [Episode] Sea Anemone of My Enemy 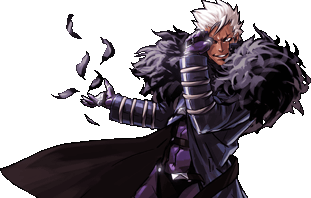 There was a sincerity to Brood's epiphany.  If you even could call it that. He realized that he was dealing with a man of many years of experience out here on the sea. To that end, why bother trying to tell the man how to escape? He already knew! Communication was for little bitches anyway. It was nice and refreshing to have someone that already could understand the best courses of action. It was... satisfactory to say the least.

To Brood the path ahead was as crystal clear as a stained glass window. He had no reason what-so-ever to distrust the rat bastard and his sinister mustache, so he figured following the man's escape plan was a completely flawless idea. All that mattered now was the execution.

Fortunately, Brood was something of a savant when it came to executions, be they of the public sort or otherwise. There could be no margin of error here.

"On my mark-ee..." Brood placed his wide spread fingers on the wooden door, his digits straining the grain underneath the weight of his phalanges enough to cause an audible whine from the construct.

In a way the suffering of the door related to Brood's current mental state well. For in Brood's mind, he had already utilized the information given to him in a manner that would lead to the pair's successful retreat.

The only issue being that he'd not get a chance to relay this information to his compatriot.

"Now!-eh-eh-eh-ee" Brood didn't forget to hold back, he merely had no notion of the concept. To that end, as he pushed the closed door forward he'd eliminate it's hinges and send the wooden barrier outwards towards the street in a shower of splinters. His large frame exiting the hovel mere seconds after the fact.

He was already unchained now, following the path that was laid out before him by the plague rat.

He'd get to that scrap island unimpeded, though whether or not the rat followed him he didn't check. Self-assured that the duo would make it without any further issue.

Re: [Episode] Sea Anemone of My Enemy

Richard shuddered. There it was again. That maniacal little gleam in the corner of the candyman’s eye... The look that screamed TROUBLE in all capital letters. Sure enough, the gleam was quickly followed by a shower of splinters barraging the street.

Welp, so much for the quiet approach.

Fortunately, the rat was far too used to thinking on his feet. And his thoughts were swift. Without wasting a heartbeat, he hauled tail down the now open path. He followed his new partner’s lead. A terrible mistake, really.

Before the coward quite realized what was happening, he found himself high above rooftops. It turned out the water elevator was currently at the bottom. Elevators had this troublesome habit of going up and down. So instead of a leisurely ride, their improvised escape route switched to the fastest shortcut available. Across the air and several stories down.

A shrill scream rattled Richard’s raspy throat. His hand reflexively shot up, snatching the hat that threatened to escape his head. Whiskers trembling, he plummeted down. Through some manner of miracle, he managed to tuck his legs and roll, as he hit the rooftop. Stumbling down, he hit every single balcony along the way, before finally finding a solid street beneath his legs.

Thanking every deity that sprung to mind, the rat kept running. Scrap Island was just ahead. It was the home stretch, see. Just a little further...

However, one detail nagged at the doctor. Warily he glanced over his shoulder, grimacing at the tiered city behind them. A fall from that height should’ve broken his legs... Or torn a couple of ligaments at the very least... Yet here he was, running without so much as a limp.

While years of the best medical care illegal money could buy had made the man heartier than average civilians, he was no superhuman. Or he didn’t consider himself one at least. He wasn’t some cartoon character from a News Coo comic, who could leap from buildings without a scratch. So how...? Tch, no, not the time. He could run a proper self-physical later...

Thus the dynamic duo narrowly slipped through the Marine blockade. Just as Brood had promised, his crew picked them up before the boys in blue caught onto the plan. Having allies came in handy.

As the ship sailed off, Richard slumped against the railing. His adrenaline crashed hard. Finally his lighter sparked enough to light an unhealthy vice. Taking a long, tired drag, he bid good riddance to the city of water. His thoughts strayed onto the new partnership and the trouble it entailed.

Ah, but all that would be a misadventure for another time.