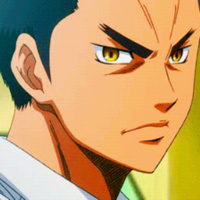 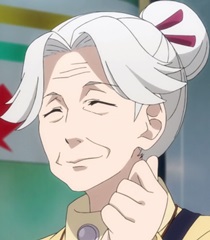 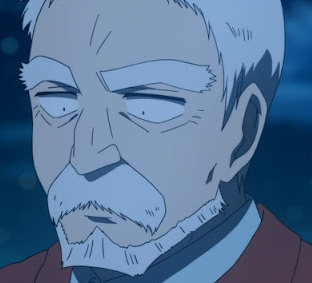 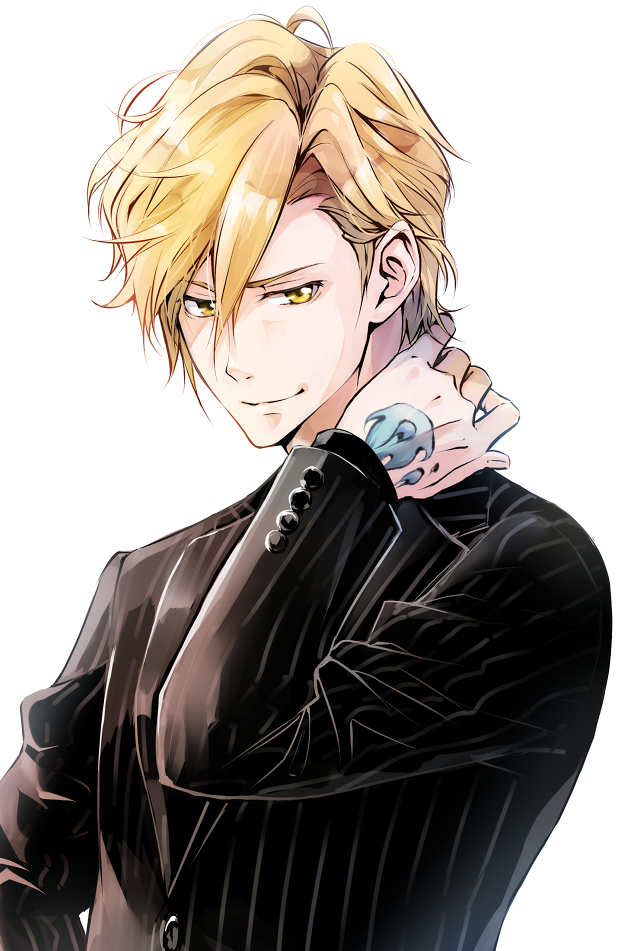 Name: Isaiah Ellsworth
Position: What is this companion's job on the crew?
Is a Healer?: No.

Appearance: A tall man with a well-toned body although appearances might be deceiving. He has a kind face and a charming look about him. His hair is blonde in color and is kept swept to one side. It can almost look a little messy at times but that's mainly the slight wave his hair has. His amber eyes match nicely with his hair. He generally wears the normal marine outfit minus the hat unless he is in battle and he dons an almost knightly armor that is similar to what Emmaline wears but heavier in appearance and the male counterpart.

Background: One might say he was born to be a knight but he was actually born into a simple life. He was just a normal citizen of Kingsbury as he grew up. The knights had taken his interest every since he was young, however, and knew that he wanted to join their ranks one day. He worked hard as he grew up to prepare himself for the rigorous training that he would surely endure when he got older. Once he reached the age of 16, he was quick to leave his parents behind and join the ranks of new recruits. He had been correct about how difficult the training would be but he endured it. In fact, he endured it for quite a long time. Despite being in close proximity to the royal family, he didn't pay much mind or bat an eyelash when the king sentenced the queen to death. He had only being a part of the knights for 2 years at that point and those things and he didn't know much about them other than their social standing. He had only ever seen them from afar so to him, at the time, if the king was telling them that she had done all these terrible things then he must not be lying. Instead, he followed along with it and continued to focus on his training.

As he grew stronger, he gained acknowledgement within the ranks and eventually he would join the ranks of their more elite knights. His time spent within the royal army had been a happy one filled with laughter and fun. He received plenty of experience from different battles with other kingdoms that the king pissed off. The longer he was in the army the more he learned how ignorant and obnoxious the king truly was. Even though the king was like this, he remained a member of the royal army as he had always enjoyed it.

Eventually, the king would do something that could never be forgiven. The attack from the world government took them all by surprise especially since no one would ever imagine that he could do anything that could piss them off that much. The royal army was pitted against the marines as they engulfed the island into chaos. However, Isaiah wasn't ordered to join the battle outside but instead protect the royals and help them escape the island. He obeyed the commend as much as he may have wanted to join the battle and went to retrieve the heir. He remained calm as he explained the situation to the distraught girl and accompanied her to the hidden royal dock below the castle. She was just like him and didn't want to leave the people behind when they were being slaughtered but he forced her toward the ship any way. They would never make it to that particular ship as from where they descended they caught sight of the king and the rest of the royals being cut down. This sent the already distressed princess into an uproar and she managed to struggle free from his grasp. Luck would be on his side, however, as a piece of rubble from the crumbling castle fell and struck her down. With her unconscious, it would be easily to protect and help her escape the island.

He still isn't too sure how he managed to sneak past the marines as they raided the island. It could very well be that they were to preoccupied to notice once they had taken out the rest of the royal family. Once the princess awoke safely away from the chaos, they vowed to never forget the tragedy that befell their home. He also pledged to protect and follow no matter where she went and train her to fight. She needed to know how to defend herself even if he would be there to protect her. They joined the marines together and for the last few years they have been rising through the ranks so they could bring change to the marines and prevent something like the tragedy that happened to their island from happening again without objection.