The blazing sun was beginning to rise high into the air, letting the islanders know it was time to get their asses up and get to work. But for Marines, it meant waking up to switch with night shift. It was honest work and it felt good that they got compliments from the inhabitants. And the oranges the sweet sweet oranges were the cherry on top. Oranges weren't all that the island grew but it sure as hell made sense why this town was named that way? Or was it named for something else? Ryo didn't know nor did he care. He managed to escape morning patrol and was off for a morning stroll. He looked for bullshit and just all around tom foolery.

There shouldn't be such a thing this early in the morning right? Evil is supposed to head to sleep in the morning and wake back up around afternoon. So Ryo thought he had some time to kill before he was either called by a superior or a civilian to help, which he loved to do. First things first though was heading to the woodworking shop, he helped the shop owner with his shipwright skill. He did make the owner faint a few times when he first was stationed on the island though, but after they got used to his threatening Ryoma's face was, it was easier to hold a conversation. Ryo wouldn't have his glaive on him as he didn't see the need for it, was this going to be a problem for him later? 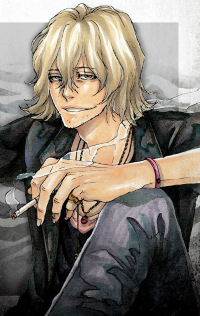 [Stop in the name of *hacking cough*] 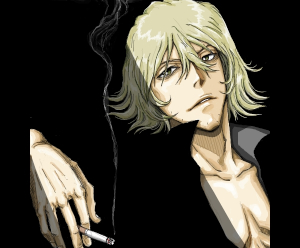 Mars arose with the ocean's water buffeting against the hull of the Silver Ending, the sounds of marines running about on the deck could be heard easily from the shared quarters he was currently bunking in. With a deep sigh the blonde swung his legs over the edge of his bed and rubbed his eyes. His sleep was adequate enough as the worn bed had easily conformed to his form long ago, everyone knew it was his bed and no one dared take it when he was gone. Not that he really ever made it a big deal but it was nice that the men respected him enough for that.

A short series of stretches were done as Mars walked around the shared space while reaching for his uniform. Mars decided to wear a nice pair of slacks with a dress shirt, his marine jacket over it, for a simple yet professional look. "Morning, Commodore Mori!" "Morning, sir!" "Commodore on deck!" Were a few of several shouts that were heard as Mars made his way out onto the deck of the Silver Ending. A lazy smile was on his lips as he exchanged morning pleasantries with his fellow crew mates and even making occasional small talk.

Francis had been kind enough to give Mars the day to himself and the Wheezing Heron planned on taking advantage of that. It had been quite a while since he visited Orange town and wanted to get some freshly pressed juice. As he stepped off the ship he reached into his breast pocket to pull out a pack of cigarettes and a lighter from his the pockets of his pants. He smoothly knocked a cigarette out of the box with practiced ease and placed it between his lips before lighting it.

Mars took a deep drag and felt the warmth fill his lungs with ecstasy. It was of course ruined by a wracking cough that he was all too used too. A damned side effect of the Heron-Heron fruit, apparently birds didn't take well to inhaling smoke into their lungs. Despite whatever the docs told him otherwise, he wasn't nearly old enough for his smoking to have done this to him.

With that thought complete Mars began his trek into Orange town. His quest for juice would be end in success and wherever he went from there would be a surprise. As the commodore walked among the citizens he received many friendly greetings and smiles which he returned all too happily. It was nice to finally be acknowledged a bit for the work they did. It was a sad day when the local populace feared the Marines just as much as they would other rogue factions. Something that he was working on along with Francis. They'd root out as many corrupt forces as they could on their rise together.

Mars realized he was thinking too deeply about work again and actually laughed/wheezed to himself. "Man, Francis wasn't kidding. I've been working too hard lately, maybe I should go play chess or something." A wry smile was on Mars lips as he joked to himself about actually choosing to play that darn strategy game again. 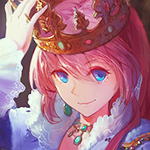 Time to escape the clutches of a name.
As usual for the former princess, Emmaline had been awake since dawn. She had a rigerous routine that always started at first light every single day and this mainly consisted on training of some sort before changing to her marine duties. This remained true even on her days off as she felt it was important to train every day lest she become rusty. Her swordsmanship wasn't nearly as well disciplined at Isaiah's and thus was her reasoning for pushing herself so hard. She was several years behind him in her training course and thus she had years to catch up on. Nevermind the fact that for several of those years, she had been a princess and kept inside a stuffy castle for most of her life unable to pick up a weapon to learn to defend herself.

Today was no different than any other day as she started her day with stretches, which lead right into a light morning job. After this, she would return to the Silver Ending for a light breakfast, a change of clothes, and for her weapons. She had found a nice clearing that worked perfectly for her training both in her rapier skills and her devil fruit. She tried to improve her skills with the fruit every day and appeared to be developing it nicely. In the beginning, her training had been overseen by Isaiah but over the last few years that changed. Once she had the basics down, he trusted that she wouldn't overexert herself or accidentally hurt herself and even to this day she followed his instructions from day one to a T.

Once her hour or two of practicing her stances, stabs and slashes were complete, she could move onto the next phase of her training, which involved finding her knight companion. He didn't dedicate nearly as much time to his warm-ups and training and by this time he was already fully committed to his marine duties. She always found him in the end and would get her daily spar out of him like she always did. As she wandered around Orange Town, she was greeted by the citizens with friendly smiles and waves. They had done a lot of good work in the town since their arrival and the citizen's opinion of them had changed over time. It was obvious that their previous interaction with marines had been poisoned with corruption. Something that Emmaline knew and had a great dislike for. The islanders had grown used to the presence of the marines in Orange Town and especially to her own routine that villagers were pointing her in the right direction.
No this is not a game. Its just a new beginning.
coded by heroin of gs and adox