Hello! I've been doing art so I figured I'd show off. Not everything is related to one piece and a lot of these are sketches so bear with me.

Also I'm not like the best artist in the world or anything but I am constantly learning and pushing myself to get better! So watch my progress!

I'm gonna start posting stuff below this, and just kind of update whenever I'm working on something new.

Re: Lopa's Back Alley Gallery

Lopa is actually a redesign of an old One Piece OC (Donut Steele) I used to have. I wanted to post a bit of my process to show where my mind is at when I draw things. 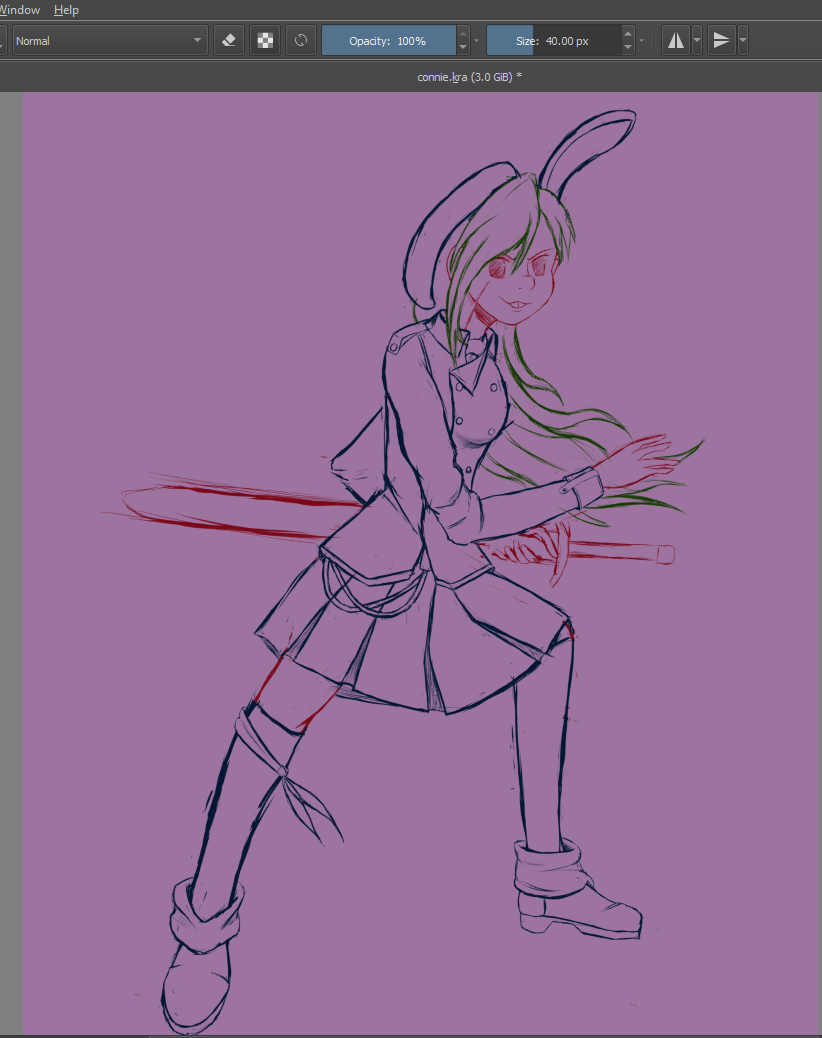 So this is like the cleaned up version of the initial sketch, you might notice that the proportions are a bit off, I spent a long time deliberating over the pose. Recently I've been trying to do more dynamic posing, and I really wanted to emphasize a couple of things as I was redesigning the character. (I'll post like my really old art of the character later for comparison.)

My original goal was to display a couple of things:
-The character's overall "feeling"
-How she might fight.
-Her general character or attitude.
-Mixing in elements of being a bunny like human (One Piece often does this kind of thing with their human characters.)

Of course I had to go through a lot of iterations to get to the point that I liked the picture. (I still have problems with it.) 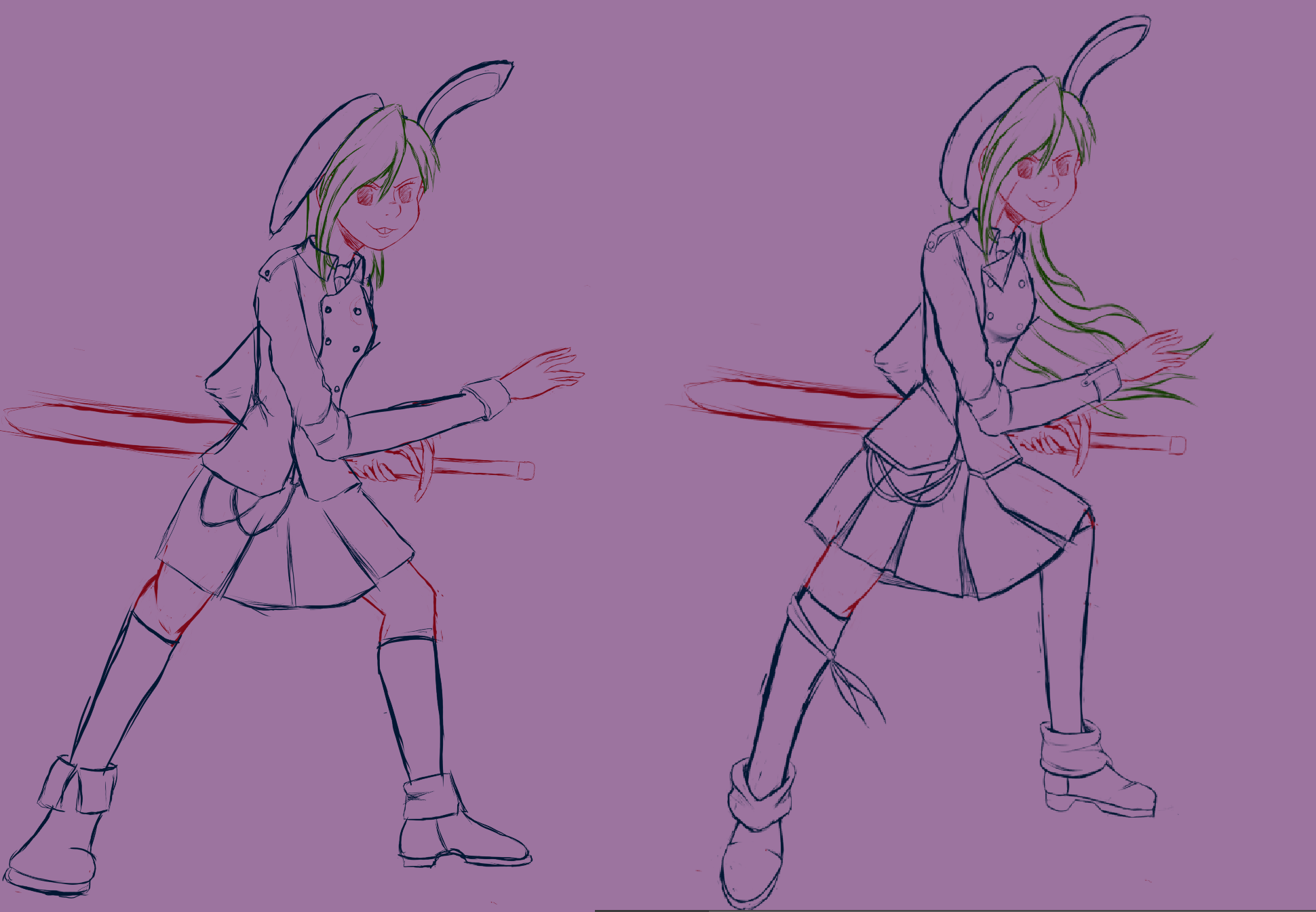 This is like the first-ish version of the sketch side by side with the latest. You can see how flat the pose was originally, and definitely see the proportion issues. I also spent an inordinate amount of time on the boots because I've always been kin to Rob Liefeld in my inability to draw feet.

I still have problems with them but I'm less likely to destroy my self confidence over them than I was before. 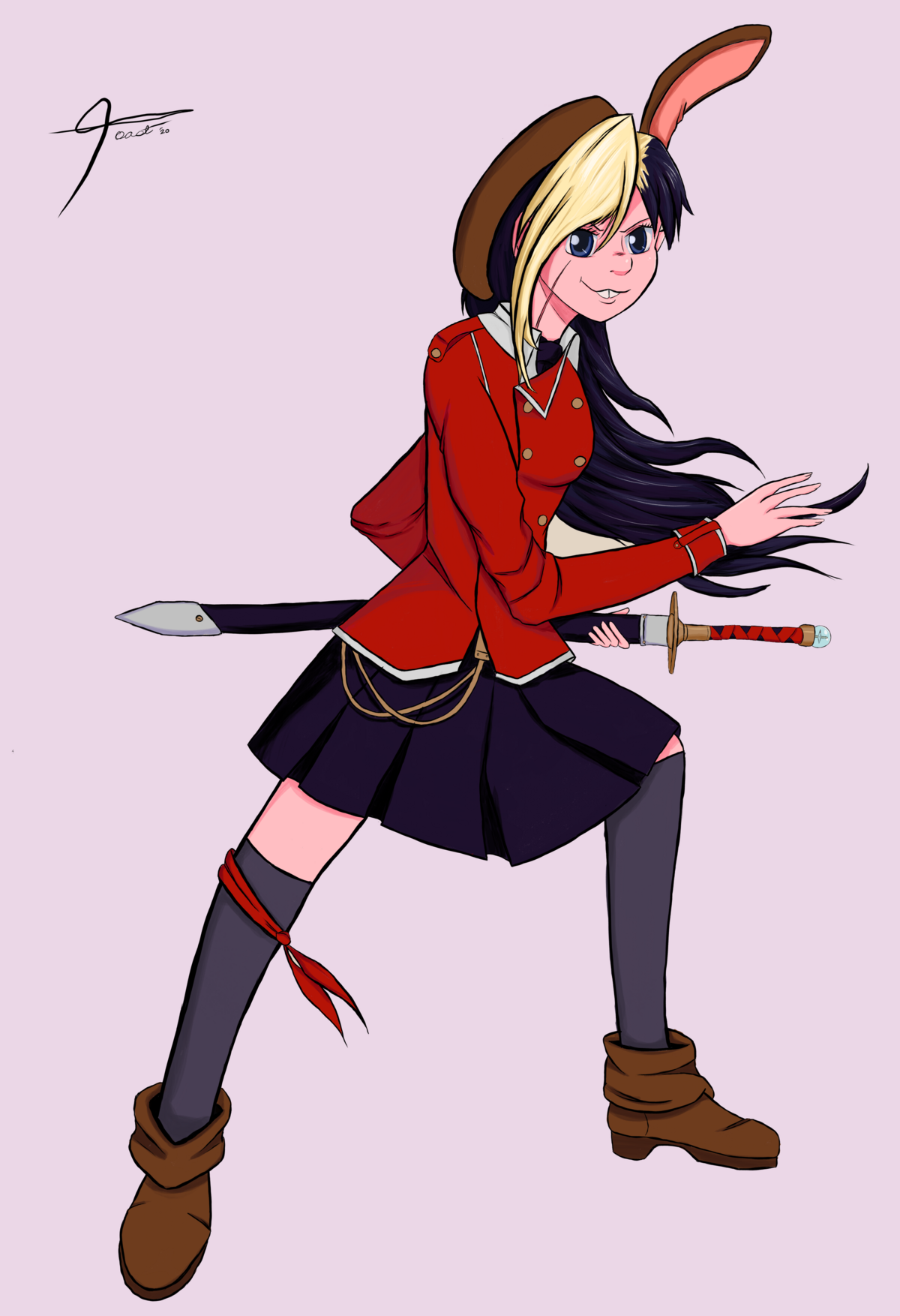 Here's the final version in all it's pseudo glory, I wish I could show you my coloring process. But suffice to say I have ALWAYS struggled with feeling good about shading and such.

The colors here are a lot less muddled than other pictures would be, and that's because I've finally started to get a grasp on color theory and how light works on how we perceive color. It's still a very rudimentary grasp, but it's an improvement over old art.

Speaking of OLD ART... I am loathe to show this, but I've also been going through a phase where I go back and sort of "check" my progress in character design. So uh here's like a really old version of the character, you can sort of see where I came from if you really want.

As much as I hate it, I also think it's good to keep my old art cause it really pushes me to continue to improve, also I like showing people who might be like "Well I suck at art" all of my old sucky art and telling them "It's not that you suck at art, it's that you haven't done enough of it to be less sucky at art." 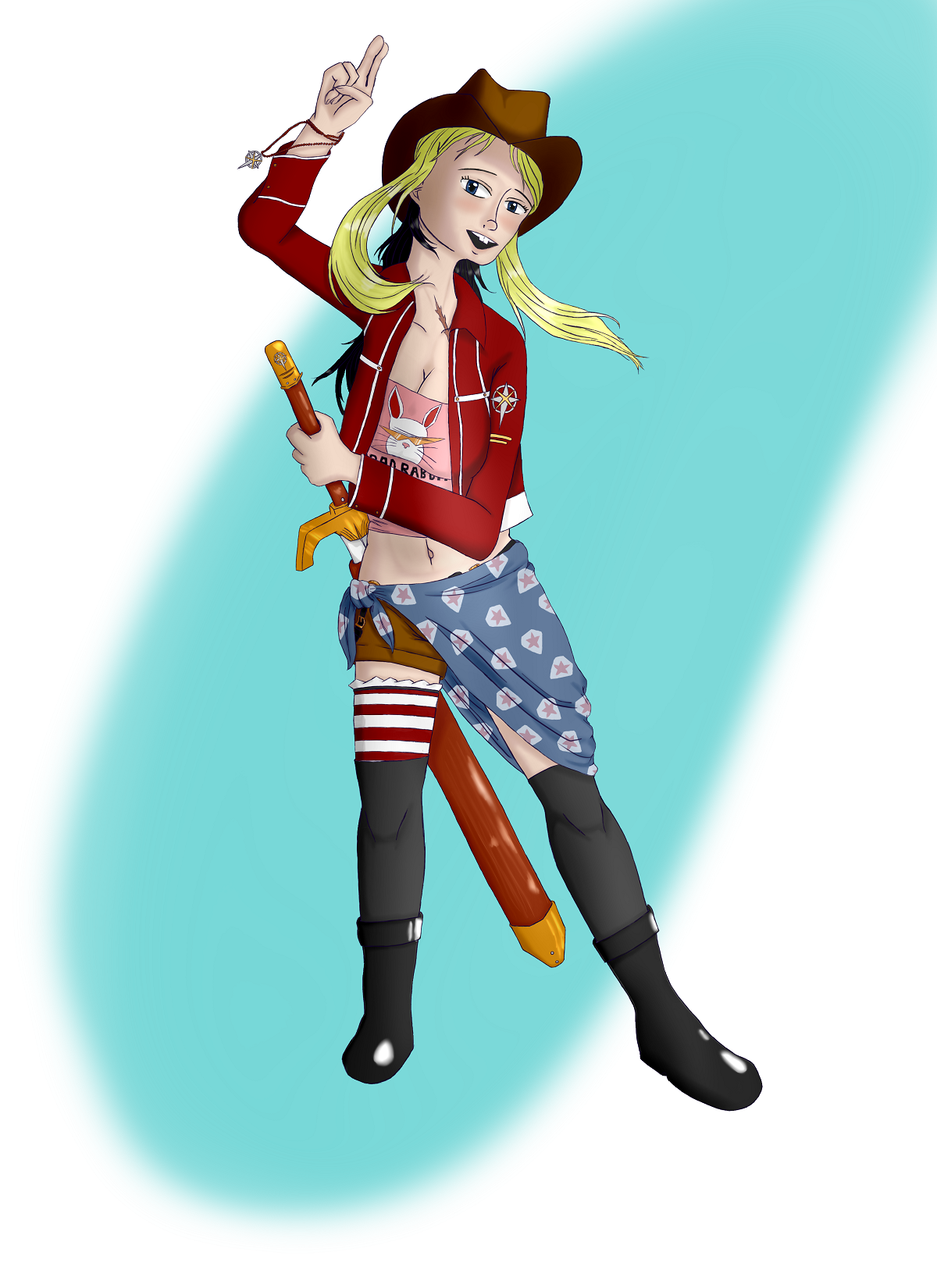 Re: Lopa's Back Alley Gallery

I don't have any particular theme for this post I just want to post some recent art I've been doing: 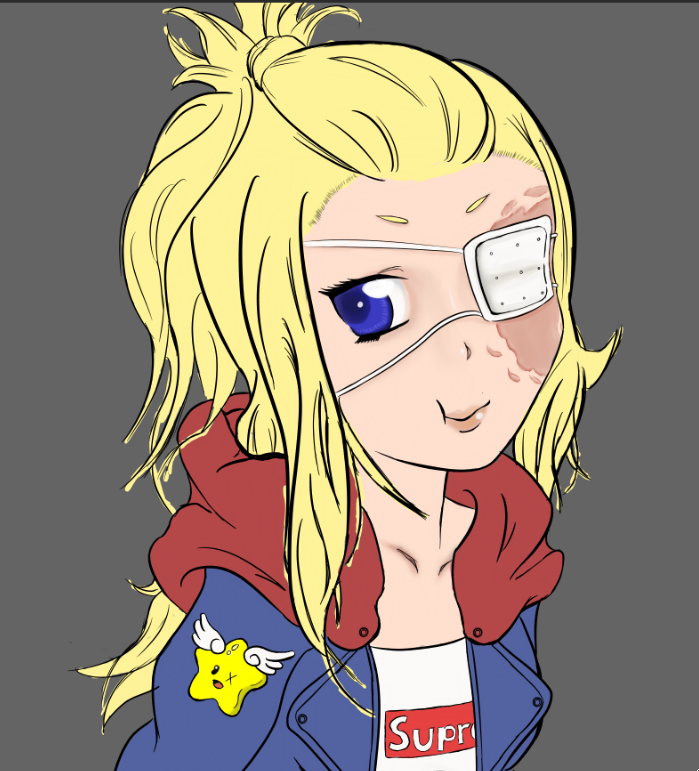 One of the earlier designs for one of my Magical Girl characters. 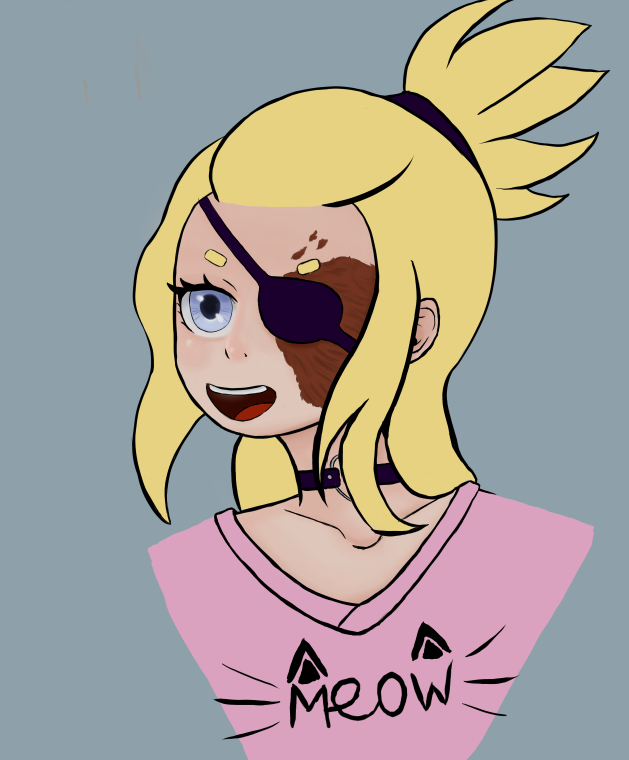 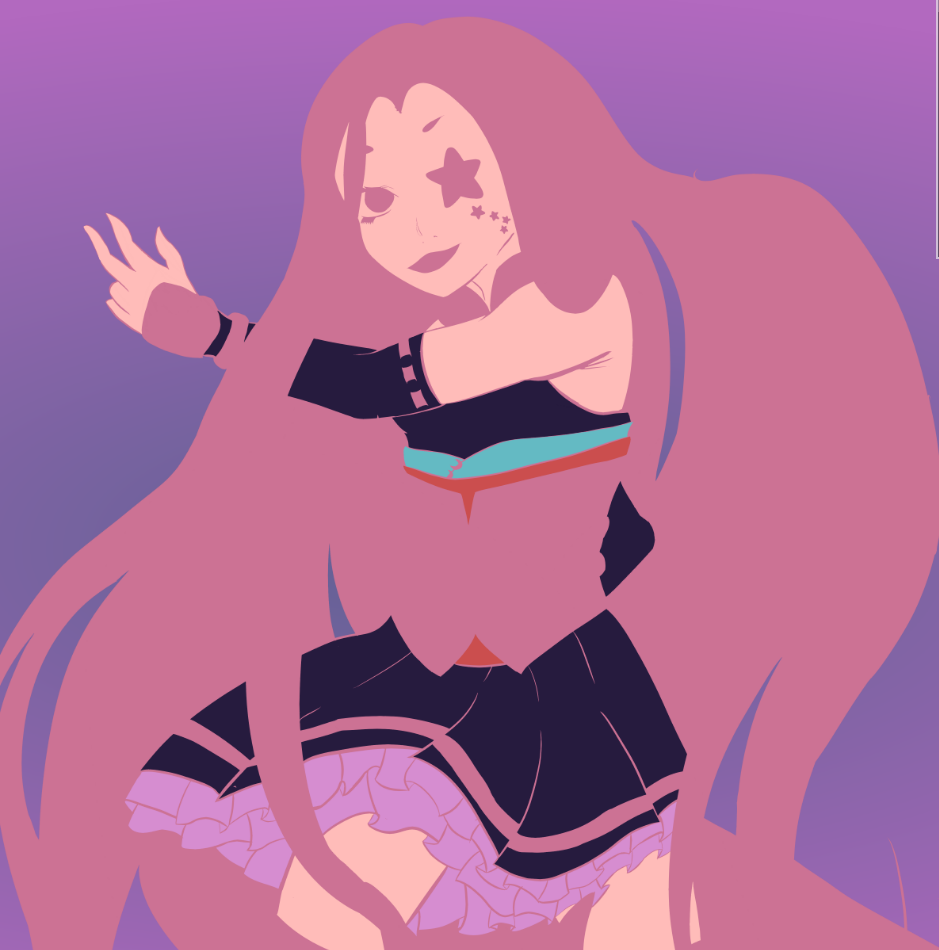 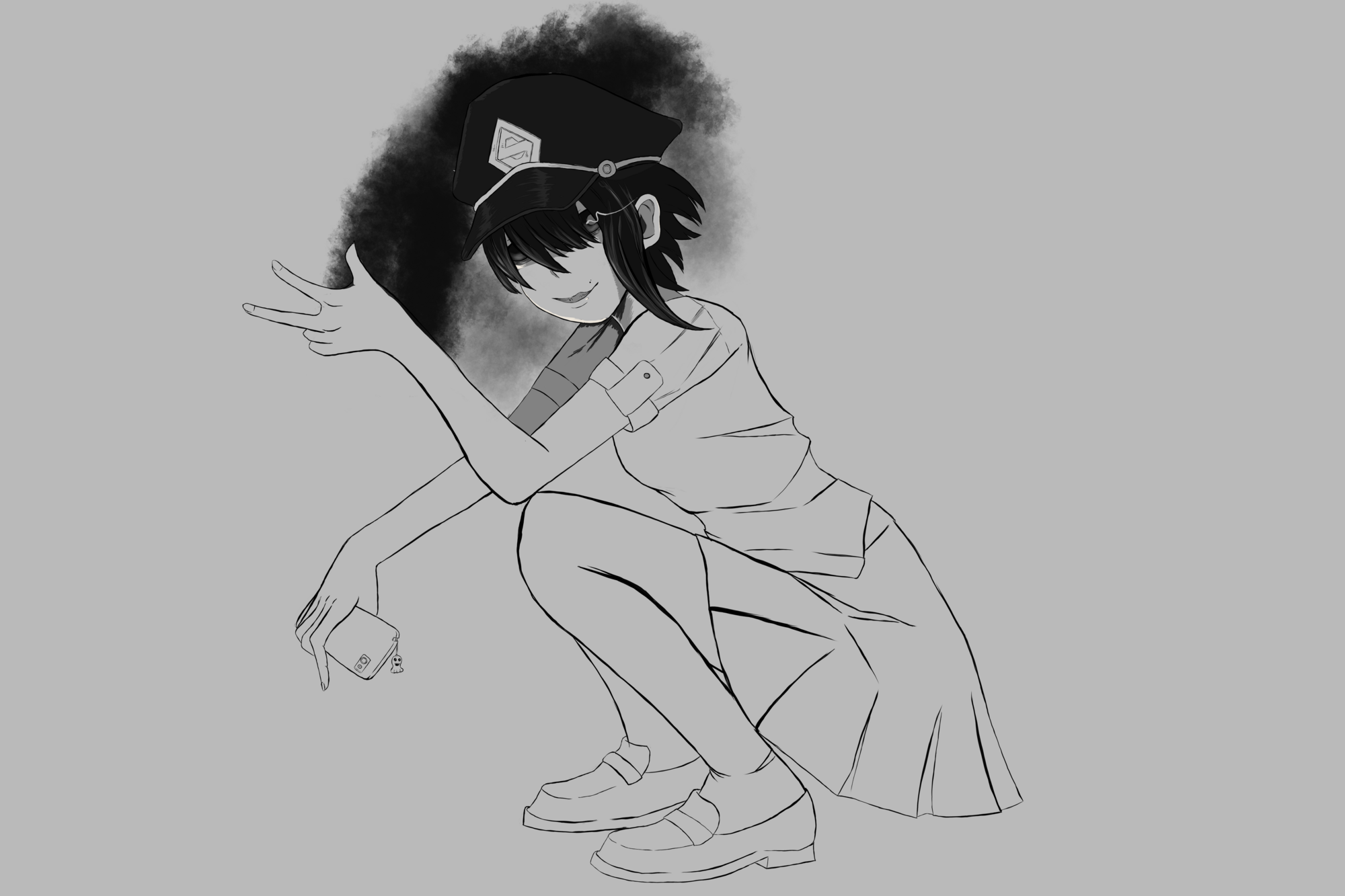 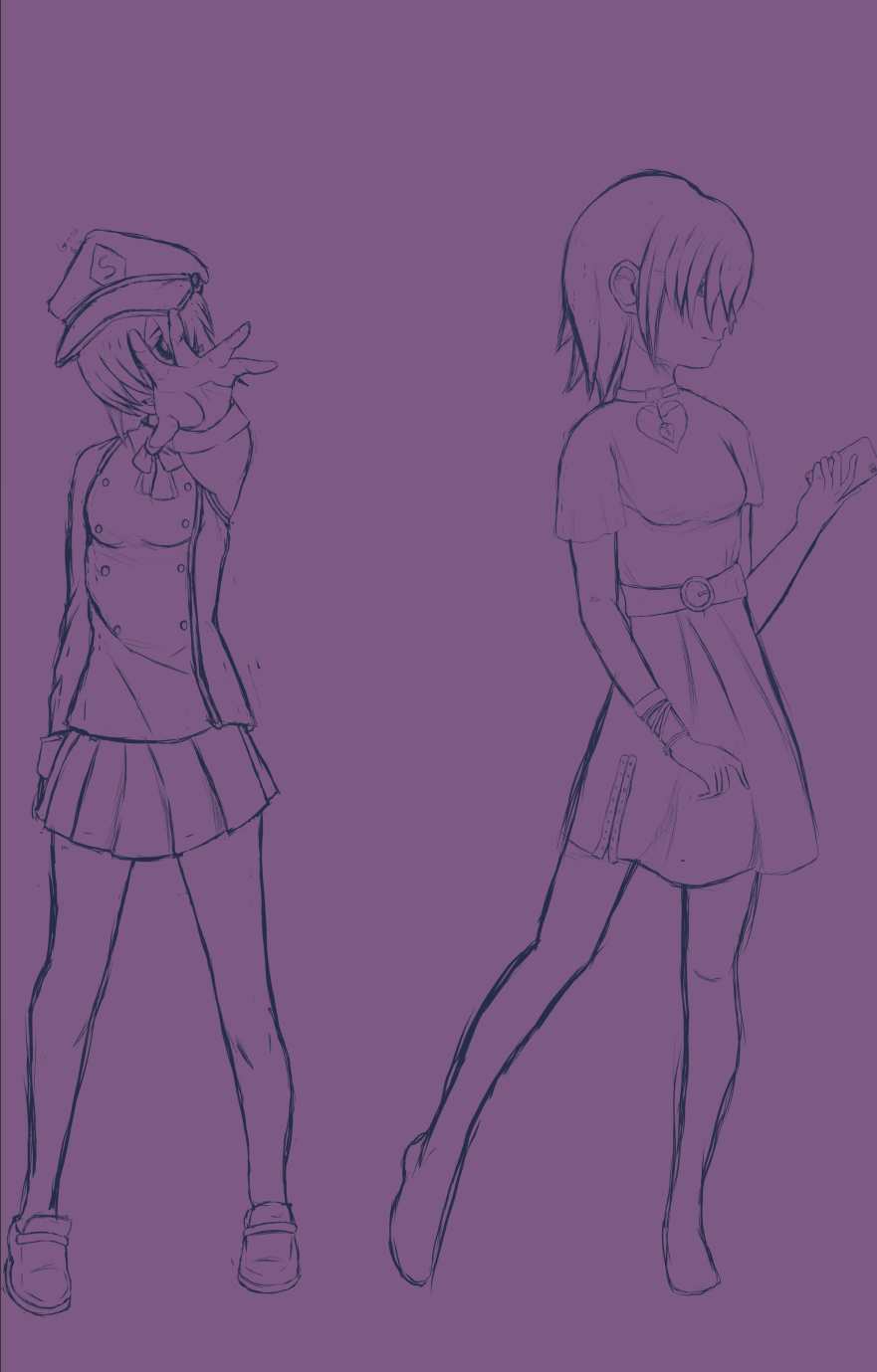 I've been wiffle waffling on how I want this character to look so I've been playing around with her a bit. 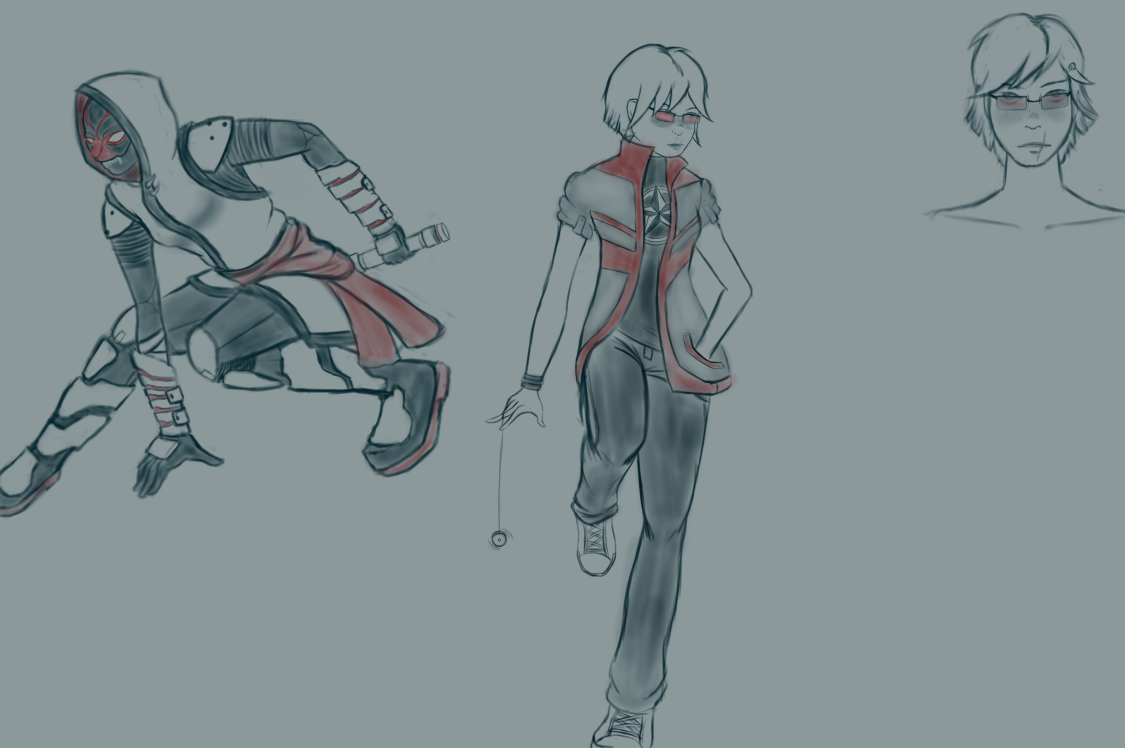 One of my oldest characters that I work on quite a bit (I want to write a novel about them someday.) Some kind of angsty non-binaryish ninja assassin teenager with a lot of CW. Abuse type stuff in their past. 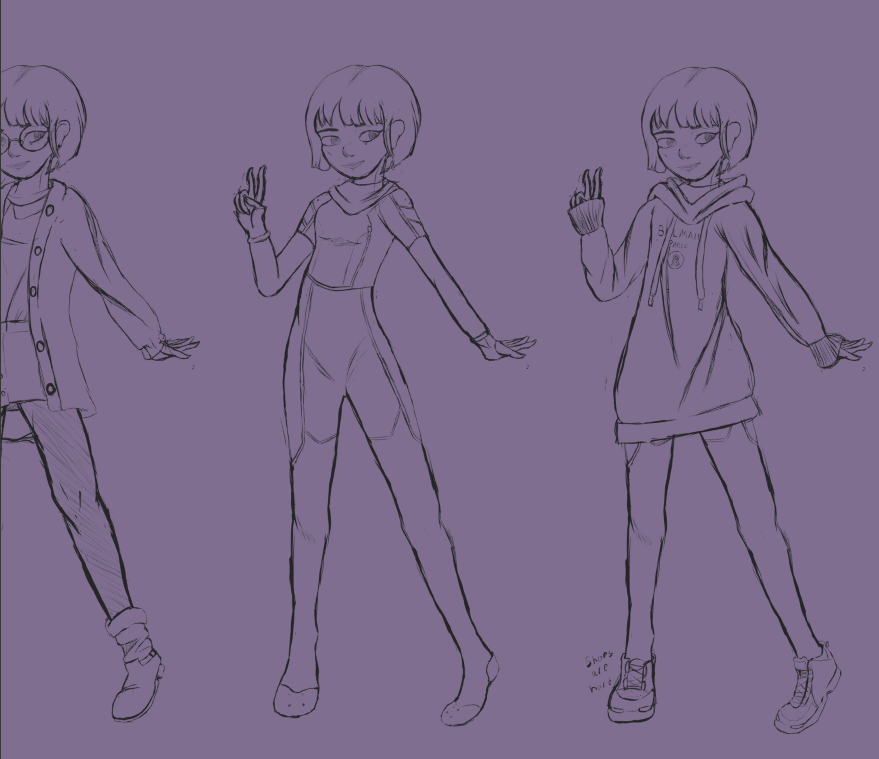 I've got a less angsty character who exists in the same setting as the previous, she's kinda a Jellyfish/Squid alien hybrid who is constantly unsure of her self worth, who also has some CW Abuse type stuff in her past. (There's a theme to the story I want to write and touches on some icky subjects.) 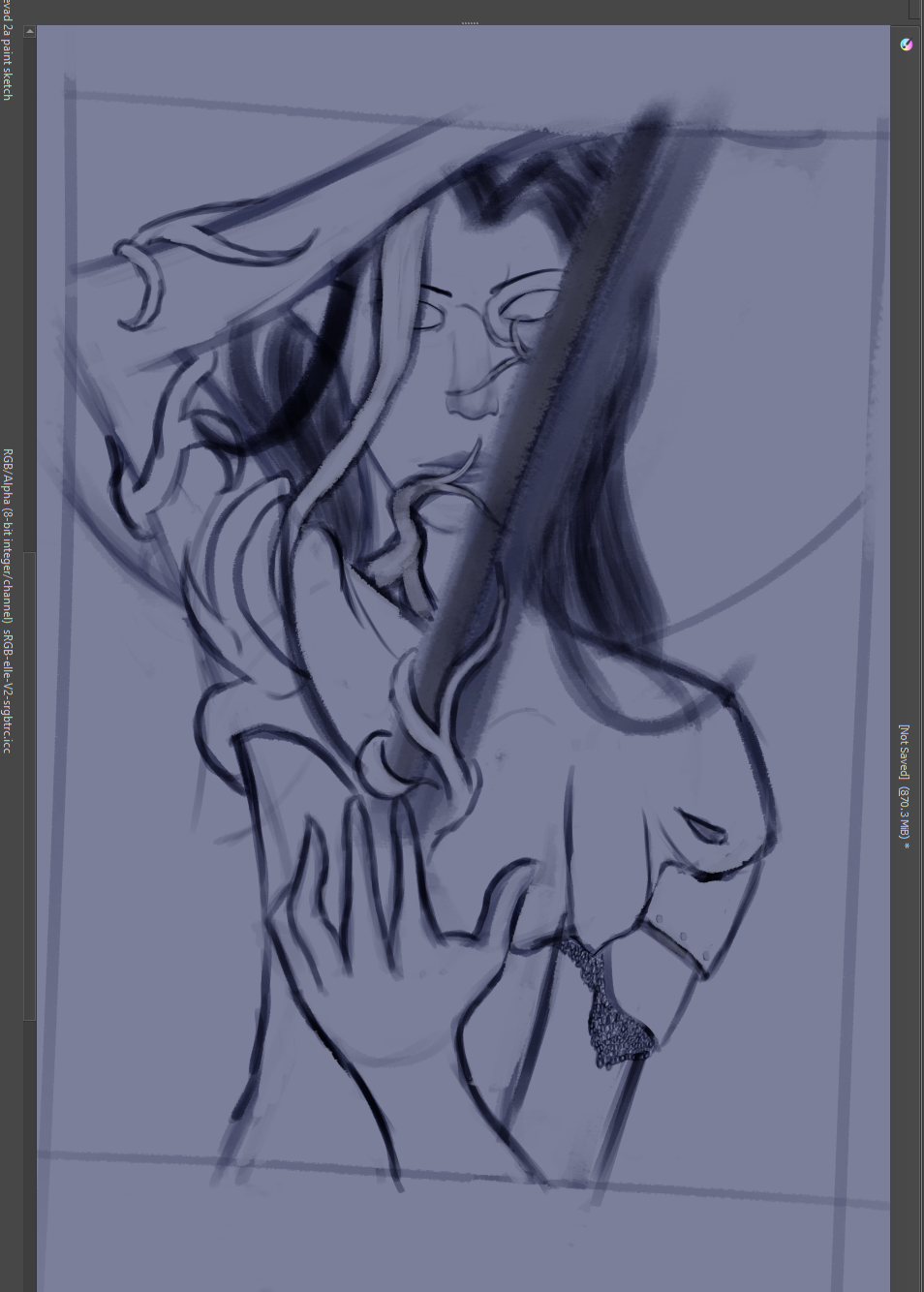 I was trying to draw a tarot card style picture of my Warlock for D&D, y'know the really cool ones you see on like Dragon Age Inquisition and stuff. I kinda gave up on it cause my reach is beyond my grasp in most situations.

A Cat is Fine Too: 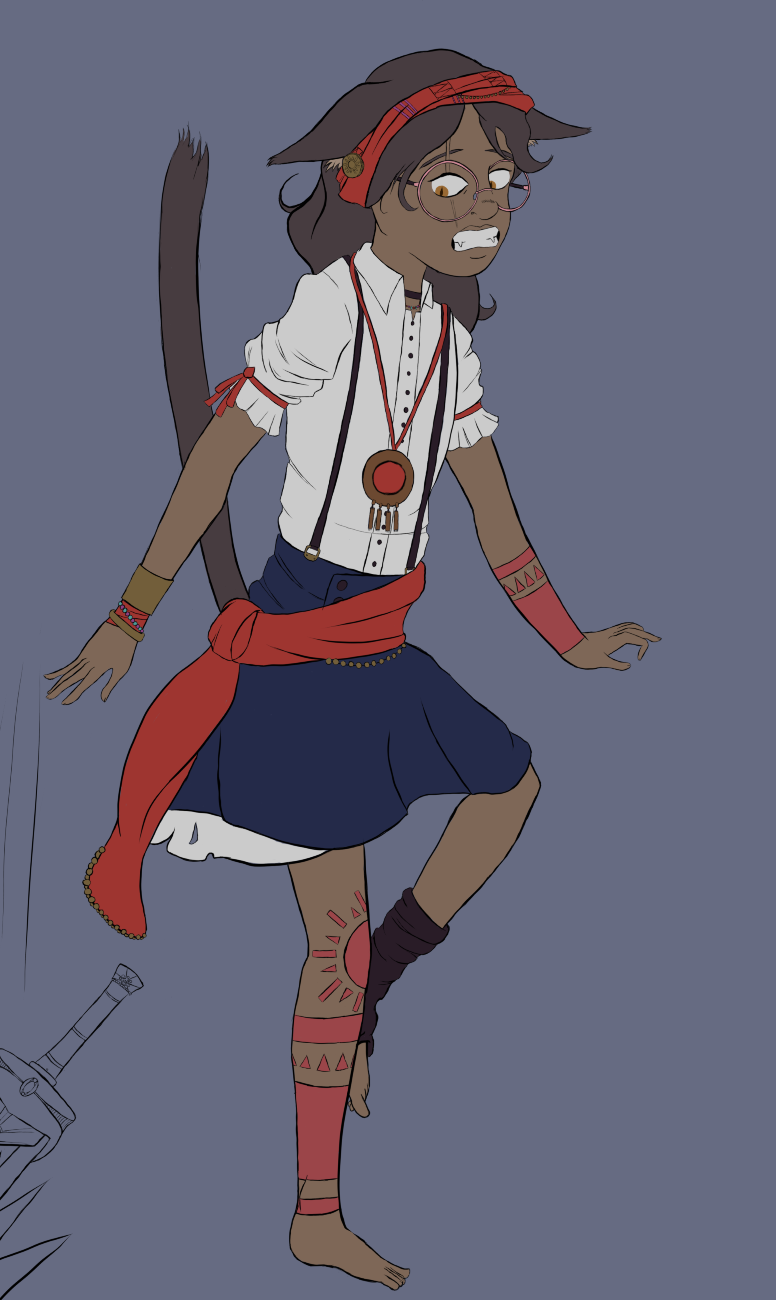 Tribal Tabaxi schoolgirl raised by pirates that I never got to play... Gosh I wish I'd gotten to play this character. Scaredy Cat with a broken magical sword! Also deals with bullies. (A lot of my characters deal with bullies. Gosh.) Also I realize that the whole broken sword and pirates thing comes directly from Pirates of Dark Water... I miss the 90s. 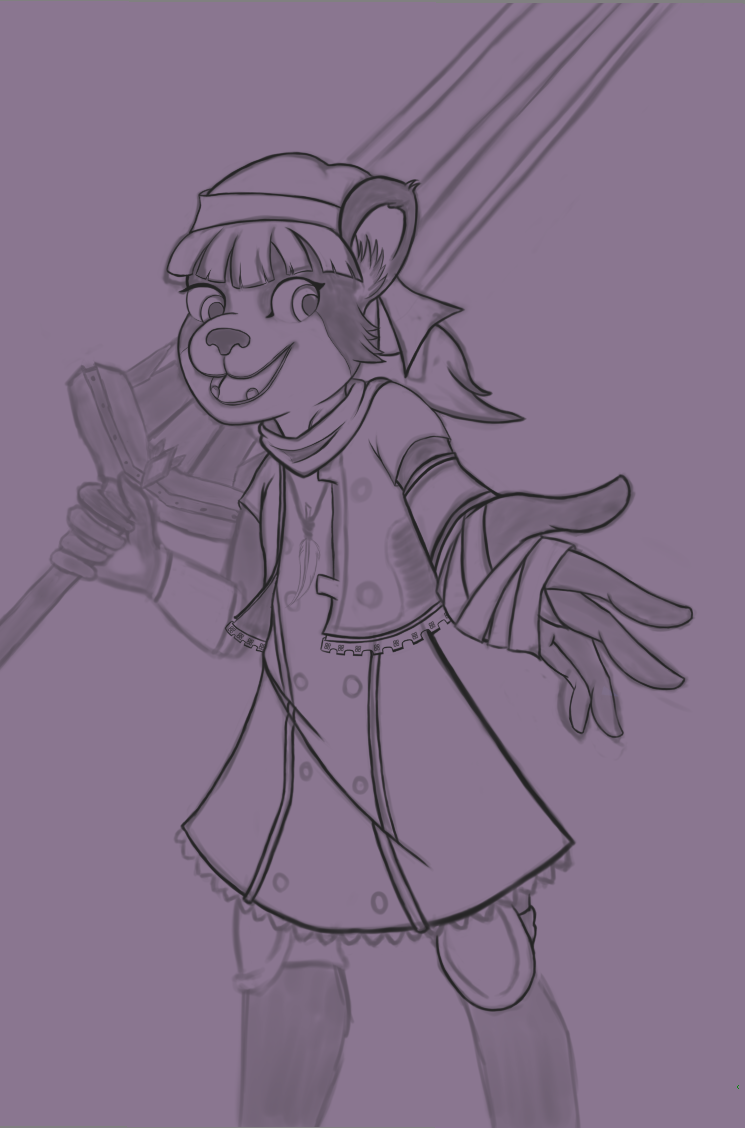