Summary: En route to intercept a detachment of the Revolutionary Army, Decimus Viora has found himself accosted by a group of criminal elements in one of the seedier parts of the Alliance's territory. Figuring that it is in his best interest to knock off some rust before meeting up with his allies, he systematically hunts down and attempts to take out two of the gang's higher positioned lieutenants, the Mizusashi Brothers. Can he handle the dynamic duo? Only one way to find out. 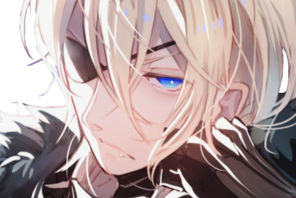 The worst of the storm had past, yet rain continued to softly drizzle across the landscape here within the island belonging to the Black Drum Alliance.

Sabatons crunched softly against dampened leaves, announcing the presence of a man decked out in armor as ancient and imposing as many great warriors from lifetimes past. His leg would pass over the corpse of what appeared to be a marine, and with swinging his other leg over the body, he'd bring his other foot down into the leaves as well. The figure stamped down the end of a rather long and imposing Naginata against the drenched earth beneath him. His gaze peered outwards into the infinite distance and his expressionless face was shaped by the blonde strands of hair draping across it.

He hated this place more than any other in which he had found himself in the past, mostly due to the fact that he hated what this so-called Kingdom was founded on. The Black Drum Alliance might have worked hard to stave off the negative reputation that was attributed to their nation as a result of their former Monarchy, but that wasn't enough to bring any sense of security to Decimus. As far as he was concerned, the entire Black Drum Alliance was just as guilty to the crimes of the exiled ruling family, due to being complicit for so many generations.

He cared little for dwelling on his assessment, however. He only bothered to stop into this slum filled hellscape because he needed an excuse to knock off the rust that he garnered from months of inactivity. While en route to meet up with his fellow Revolutionaries, he came across a wanted poster that spoke of a gang that he had fortunately heard murmers of during his stay in the city. He figured that if he could deal a blow to their hierarchy, it'd be enough to get a nice little payout before he moved on to bigger and better targets.

He was by no means a bounty hunter, but even a Revolutionary had to pay their bills while far away from their base of operations. A place that he hadn't exactly been too all that often, due to the fact that he liked to stay out in the field, working away tirelessly. He rarely spoke to the people that he worked with, jumping around from commander to commander at a whim. His goal was the only thing driving him forward and the revenge that he wanted to get for his family had been the only thing that ever crossed his mind.

There would be no greater pleasure than driving his weapon straight into the heart of the man that took the life of his father. It was a thought that kept him up at night... and that meant that he had to be prepared to take on the criminal hiding behind the protection of a foreign government's might. He didn't recognize the World Government's supposed authority and any nation that willingly bent their knee to such oppression was unworthy of being saved. At least, that was how he used to think about the entire situation. He was rather spiteful towards foreigners.

He didn't care about these other places, at least not yet. But he at least stopped judging them so harshly. He was focused on his own pleasure... and there would be no greater pleasure than driving his weapon straight into the heart of the man that took the life of his father. It was enough of a positive thought that it brought a smile to his lips. Not that it distracted him from his goals, however. Which, speaking of goals, the one he chose for himself today was very straightforward. It would be best if he focused on it. Especially now.


USED 0 TECHNIQUES | 0 TOGGLES | 0 HAKI:
(List all techniques (including UTs), toggles, and types of haki used/activated this turn and their effects.)