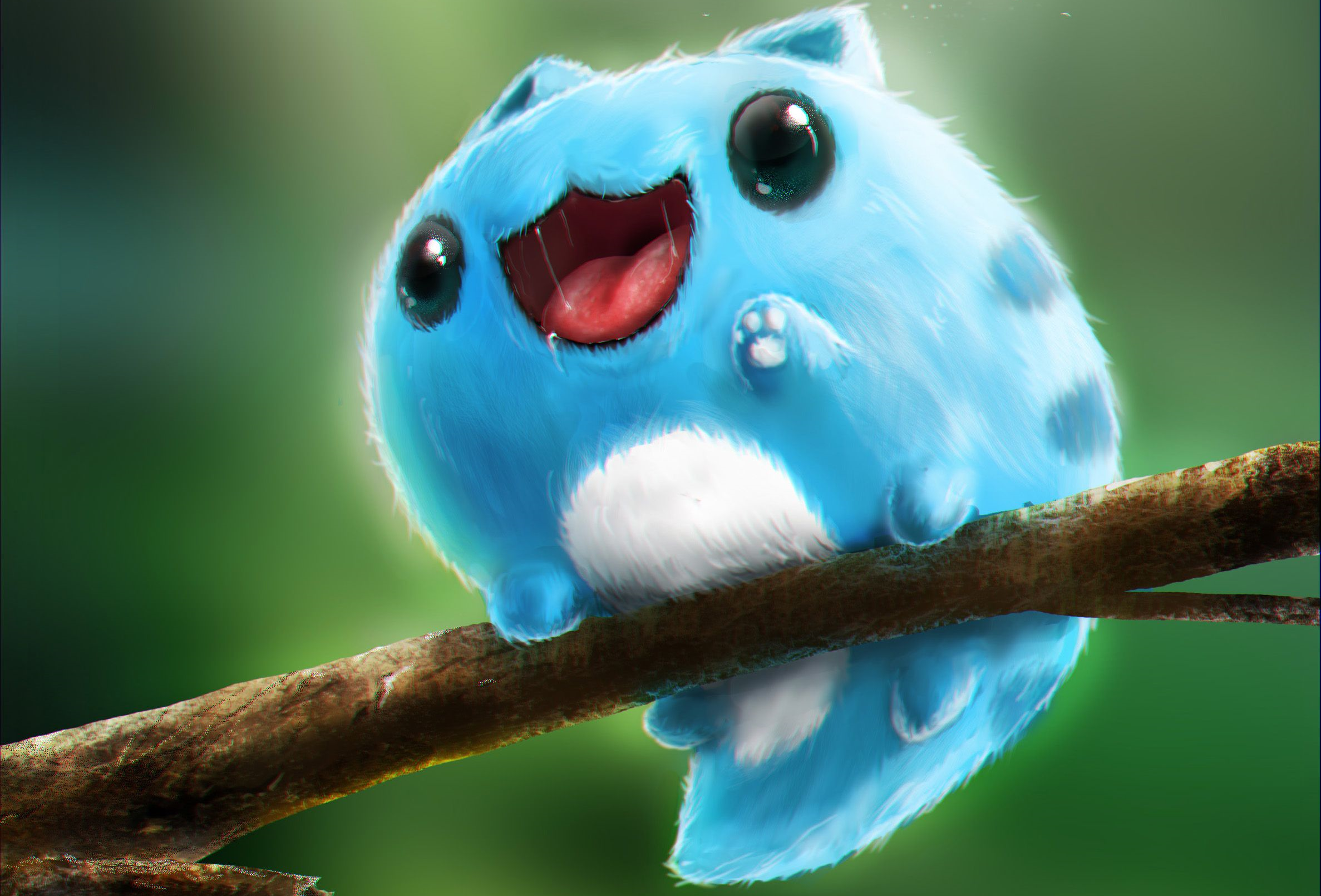 Name: Capoo the Bugcat
Position: Pet (Ship Mascot)
Is a Healer?: No. Can only heal broken hearts.

Appearance: Capoo is a light blue colored bug-cat hybrid hailing from the Island of Rare Animals. He has six stubby legs with cats paws, a chunky tail, a plump body, and a round face. Capoo has three dark blue stripes along his back, chubby triangle shaped ears, and mandible like jaws that extend only when provoked.

In battle Capoo wears a small suit of samurai styled armor. It is predominately grey colored, made of steel, with green accents. It mostly covers his legs and body, with a mask like visor over his forehead. He fights with a small katana with green accents, and calls upon a tiny spirit dragon with otherwise unknown mystic powers. He is also known to ingest things whole, often eating objects well beyond the size of his mouth and occasionally bloating to great sizes in his gluttony.

Background: Capoo is an animal hybrid born on the Island of Rare Animals. He hatched from an egg, like a bug, but needed to be raised on milk, like a cat. His egg, among others, was taken by exotic traders visiting the island to later be sold on the international market. Capoo's egg in particular ended up as a part of a prize pack in Water 7's underground fighting community. It was won by Titania, and to her surprise when she went to crack the egg open a bugcat popped out. Immediately smitten, she adopted him as her beloved pet. Capoo has an understanding of human language despite being a bugcat. He can read, and even write, though mostly he prefers to draw pictures. However he cannot speak, capable only of making cat sounds. He generally likes to hide and sleep in Titania's vast cleavage, often retreating there for shelter when scared, even in the midst of battle.

Stats
Crew-mate NPCs start with a total of 200 stat points at level 1, and gain 20 points per level. Split your NPCs' stats accordingly.

Companion Name:
Name:
Position: What is this companion's job on the crew?
Is a Healer?: (Yes/No) You may have up to two healers on your crew. These healers can use one healing MT instead of a Flat MT every three turns during combat.

Stats
Crew-mate NPCs start with a total of 200 stat points at level 1, and gain 20 points per level. Split your NPCs' stats accordingly.