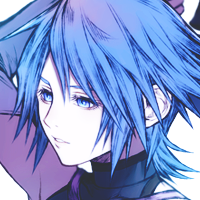 Summary: Seras and her traveling partner wander into a bar that is common among the mafia. While there, this companion reveals a secret that the entire bar overhears. This compels a mafioso group to try and kidnap this person, however, Seras and some people won't just watch this happen.

For a moment, Seras was enjoying living a quiet life. While she had no plans of wasting away her prime by doing nothing, it was definitely something she could consider way down the road. With the lack of things to do, she often found the time to just wander around the island, getting to know some of the locals and some of the hangout spots. During this time she's had multiple run-ins with some of the local mafias, though those interactions often ended with neutral feelings on either side and Seras could continue on with her merry day. However, her luck was bound to run out at some point, unfortunately.

It was midday and Baterilla was at it's busiest. The marketplace was bustling, the mafia was out and about, and schools would have just let out so the streets were filled with children. The noise at this point of the day was less than pleasant so Seras figured she go on a little adventure to one of the local restaurants, bringing a friend she met a while back that went by the name of Latrell. Actually, Seras had no idea if he was actually old enough to enter a place, but it seemed like that didn't matter to this particular establishment since the two of them were just able to waltz right in with no issue. The issues only started showing up once Seras placed her first foot into the building.

The blue-haired pirate was very out of place, and this was obvious from the get-go. At a glance, most of the patrons would just appear to be normal, law-abiding citizens, but Seras could pick out a few from just a glance as being some of the most prominent members of the local mafia groups. All the members from different parts of the island seemed to be together in this one spot and surprisingly they weren't at each other throats. Just some of the more notable members that Seras just knew from a glance were the bosses from the North and East, along with their lieutenants, just mingling like there wasn't beef between them. It was as if there was a mutual agreement on a safe zone in this establishment, but the real question is who was enforcing it. She would have to be careful here because one wrong move could mean the end of her.

Anyways, the two of them made their way to the back of the room to one of the open booth, eyes from all around following them as they walked. On one hand, Seras felt honored that she was being ogled, on the other hand, she knew it was for awful reasons. It also didn't help that Latrell was blabbing his mouth about something that Seras didn't really care about, but at least his mindless rambling was able to keep her mind off of worse outcomes. As they sat down, Seras finally opened her mouth.

OOC Note: I changed it from a bar to a restaurant.

Re: [Episode] Threads of Fate 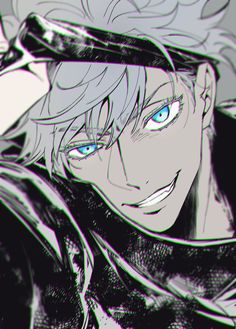 It wasn't common for many of the Mafia's illustrious criminal dealings to be done on the turf of other individuals, yet that happened to be the case at a particular restaurant here in Baterilla. Of course, having such a popular hangout spot, in supposedly neutral territory no less, allowed for certain situations to spiral out of control should even the smallest of mistakes happened. that was the primary reasoning that Adonis liked to avoid such dens of ill repute. He liked to keep his facilities private and his dealings were often done in the darkest of back alleys. That way any unscrupulous individuals that showed their hands... or at least attempted to make a play for power at his expense, would find themselves shriveled husks at his feet.

That was perhaps the primary reason that Adonis didn't wish to find himself going to such a place. Unfortunately for the freshly squeezed bad boy, Ebony told him to meet her here. She had some sort of business that he wasn't exactly privy on. With a moment of clarity, Adonis rationalized that the gangster princess didn't exactly need him to 'back her up' which only meant that she wanted to confide in him whatever it was she was doing. He liked having this unique role within her life, especially since he had never met a single person who was stronger than her... besides those Cipher Pol assholes who destroyed his homeland. He didn't think about that now, however. He focused on the task at hand and eventually he made his way to the restaurant.

Adonis made his way into the building and took a moment to survey his surroundings, noticing the various physical articulations of the clientele and paying close attention to their body language. Keen observation would be essential to discerning the outcome of entering such a lawless location. Yet, nothing seemed to perk his ears up the moment he entered. Instead, his attention drifted over towards his boss, whom he didn't bother to interrupt, despite the fact that she likely wouldn't have minded if her past actions were to be believed. Instead he made his way past the maître d' and didn't bother to look in his direction. The aura that the bespectacled man gave off was enough to warn anyone to watch their step. Less they find themselves parched permanently.

He got close enough so that the woman could notice him and he leaned himself against the wall, crossing his arms. Slinging his rifle off his back just shortly beforehand and leaning it against the wall beside him. He smiled, waving towards his friend. But did little beyond that. He didn't mind waiting on her after-all. He'd glance over and spot a woman with blue hair that intrigued him, but he didn't do anything to approach her. 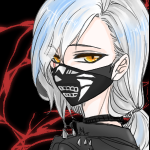 Re: [Episode] Threads of Fate

Ebony flashed an amicable smile at the man as she proceeded to take the seat across from him. It wasn’t by choice that she was there so she could only hope that things would be worthwhile. It was work after all. As she took her seat, however, she could sense the man’s nervousness skyrocket. She watched in mild amusement as the man’s eyes widened at the sight of her. Her lips would curl into a devilish smile as he shifted in his seat uncomfortably. Ebony knew he hadn’t expected her but, in her defense, she was much more lenient than the big man himself. Of course, there were still many who begged to differ. They exchanged no words of greetings but, as was in their line of work, it was unneeded. He would proceed to hand her several documents and she would look them over one by one.

As she scanned over the files, Ebony grew mildly impressed with the amount of work that had gone into them. It was compact and concise which, to her delight, made for easier reading. There wasn’t any needless bias or forced bravado so, from just that alone, Ebony had to admit that the man knew somewhat of what he was doing. Of course, as he was a complete newcomer, she couldn’t help but give him a tough time. As the man anxiously awaited her verdict, Ebony’s mind raced at the possibilities. Her father had grown interested in the potential distribution of this new drug but, like most business ventures, it had its own setbacks. It was still, after all, a risky venture. Moreso, as this was a new formula. On the other hand, if what the reports said were true, they would be the first to take a cut of this new deal.

Ebony lifted her amber eyes impassively.  “Mr. Gutierrez,” she would finally say as she shuffled the documents uninterestedly. Her words would betray no emotion. “We still don’t see any benefits in partnering up with you.” Ebony would spare him but a glance as the man stuttered a reply. She would proceed to place the documents down and look at the man unamused. “We aren’t a charity either.” Ebony would then intertwine her fingers as she rested her elbows on the table. Leaning slightly forward, she would continue. “Unless you can provide us with sufficient reason to even consider this proposal, this meeting is over.” The man would look at her in disbelief. “No benefit? But we’ll be giving you 20%!” Ebony would let out an amused chuckle at the man’s lame attempt to persuade her. “And?”

As the man grew quiet, Ebony would turn a page over to him and point towards a line. “You forget who you’re seeking to partner up with.” He went silent. “Not only will you be operating on our turf but you’re also requesting our protection. We can’t just do that for free, now can we?” The man would grimace. “The best I can do is 25…” However, Ebony was still left unsatisfied. Thus, the discussion continued back and forth until the tinkling of bells caused their attention to revert towards the entrance door. There, they would see a blue haired stranger and her companion walk in. This, of course, caused the conversation within the establishment to cool as all eyes watched the newcomers come inside. Ebony, on the other hand, could only mentally applaud at the woman’s strong will to venture in. After all, anyone else would have fled the premises.

The server would soon appear and, with a flourish befitting the establishment, food would promptly be placed upon the table. Ebony, nevertheless, would opt to leave it untouched. Food in this place was simply no more than a prop they used to appear more humane. It helped the conversation flow but no one could ever trust a den full of wolves. This so-called neutral territory was fine and dandy but, at the end of the day, they were all surrounded by enemies. Ebony would revert her attention to the potential partner just as the blue haired woman took her seat. As the meeting was drawing to a close, she would become aware of Adonis making his way through the establishment. She’d acknowledge him with a slight nod before leaning back against her chair and giving the man before her a Cheshire grin. “So, about that 40%...”
733| 733| 5000