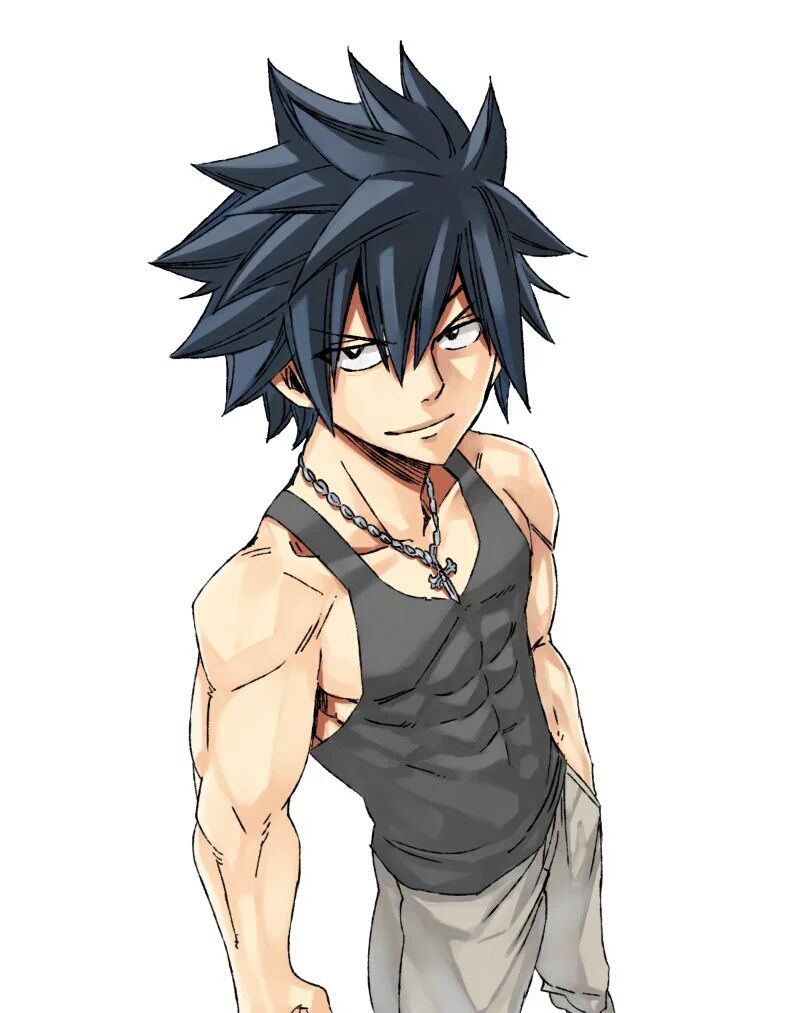 Description: Jackson has spiky black-colored hair, dark blue eyes, and his body is toned and muscular.

Main Traits: Laid-back, stubborn, and reckless.
Likes: Meat, autumn, orange, and training.
Dislikes: Condiments and sauces, being woke up from a nap (especially in a wild manner), and people who hurt or disrespect the people he likes.
Unique laugh: Wahahahaha

Hometown: Shells Town
Personality: Jackson is no coward and will never run from a fight. This often times puts him in the position of finishing anything he starts or is brought into. His mother criticized him for this personality trait, but he doesn't really care. Along with his braveness, comes fearlessness. Jackson fears no one. Status is irrelevant to him and he thinks it's a waste of time to fear death. At times, Jackson can be quite charismatic and influential. Growing up, he was a big troublemaker and would make problems with bullies, adults, even the marines somewhat. His fearlessness and bravery inspired other kids to do reckless things without fearing the consequences. He could also easily get other kids to join him in doing mischievous things.

History:
Jackson was born and raised by an ex-Marine and business owner in Shells Town. For his late childhood to mid adolescence he was raised solely by his mother as his father had left in his earlier childhood. Reason being, is that his relationship with Jackson's mother was quite toxic. Jackson's father was an alcoholic and he was abusive. Jackson's mother tried several times in the years they had been together to help him with his alcohol addiction and give him more chances to get his act together but he failed to do so. He told her he would change but went on to drink behind her back and try to hide it. But she eventually found out and it just caused more distrust and toxicity in their relationship. Jackson, a kid at the time, would hurt seeing his parents fighting, arguing, and being upset with each other. He would also hurt when he was verbally abused by his father. Jackson's father would sometimes lash out at Jackson or get pissed over very small things. He'd yell in his face, treat him like a marine recruit rather than a son, and insult him. Jackson's mother could handle her husband's abuse but she loved Jackson dearly and he was only a kid. She absolutely would not have her bastard of a partner abuse her son. She went on to make arrangements to move away but Jackson's father left himself before she could.

Growing up, Jackson was all about having fun and doing whatever he wanted. He made friends easily and he'd go on "adventures" with kids of the town. Essentially they would explore the island and go different places doing different things. They'd even roleplay as things like pirates, marines, bounty hunters, kings, monsters, etc. There were the occasional bullies in the town but Jackson didn't fear them like the other kids. Even when faced with several bullies he stood his ground for not only himself, but for the other kids. Thus, he'd get in lots of fights, winning some, and losing some. Eventually he had built up enough experience and skill to be able to take on several opponents at once. Jackson also had an influence on the other kids. Over time, he realized they stop fearing the bullies and at some point they began standing alongside Jackson and fighting with him. Ironically, the kids starting having fun when they fought. The bullies actually began respecting Jackson and thought maybe he wasn't so bad. The bullies started to become drawn to Jackson and soon enough he had an influence on them as well. Both bullies and victims came to be friends. They still fought, but it was more competitive to see who was more skilled and stronger rather than defending from harm. Jackson was the strongest and most skilled kid. He'd train at home just because he liked training and because he wanted to protect his fellow friends from any type of harm. Jackson was from then on, a leader to a large group of kids in town and they'd go on even grander "adventures". Causing trouble almost everywhere they went.

As Jackson grew into the middle stage of his adolescence he only grew more troublesome and defiant. He got scolded by his mother a lot for the foolish things he did. His reckless acts even became as serious as to catch the attention of the marines but that didn't stop him either. He wasn't scared of them or any consequences he might get from his actions. The biggest incident he had was when he was messing around with some other kids and they accidentally broke a somewhat expensive item at a nearby stall. They definitely didn't have the money to pay for the item so they apologized and booked it. A passing Petty Officer in the Marines saw this and chased after the kids. He eventually cornered them and told them they needed to pay for destruction of property. The kids tried explaining they didn't have any money but the Petty Officer struck one of them down and told them they shouldn't be messing around foolishly near stalls and establishments. The Petty Officer told them they better figure out a way to get the money or have their parents pay before walking away and laughing. Jackson didn't care if he scolded them or laughed at them but he was not gonna allow him to strike down one of his friends. He may have just been a young teen and the Marine a grown man, it didn't matter. He was gonna apologize. Later that day Jackson, along with a large group of his friends standing alongside him, confronted the marine base in town. He knew the Petty Officer bastard would be there. Marines who were guarding the base questioned the teens and asked why they were there. Jackson explained he wanted the Petty Officer to apologize for what he did to his friend. The Marines apologized and told them the Petty Officer didn't have time to speak with kids. That's when a brawl broke out outside the Marine Base. Reckless teenagers vs Seamen. It wasn't necessarily a fair fight. The teenagers had some experience fighting and there were quite a bit of them but the Seamen were trained and they were older and stronger. Eventually the Petty Officer made his presence known in the midst of the brawl, questioning what was going on. Jackson, bruised and bloody and surrounded by fallen comrades (knocked out or cuffed), told him he wanted him to apologize to what he did to his friend earlier that day. The Petty Officer held in a laugh and gave an insincere apology. He then proceeded to knock out Jackson and cuffed him. He was going to be locked up but his mother bailed him out. She was in complete disbelief that her own son would do something like that. She told him he was essentially grounded and not allowed to pass as far as the front or backyard of their house.

During the time of being grounded, Jackson decided he wanted to be a pirate. He had heard all about One Piece and the Pirate King. Jackson thought the fact that the Pirate King was really powerful and his name was known worldwide was cool and he wanted to be like that. He also thought being a pirate and going on real "adventures" would be fun. At that point he officially decided he was gonna be a pirate. He was gonna be one of the strongest Pirates sailing the seas and his name would be known all around. He knew his father was an ex-Marine but he didn't care. He didn't even consider his bastard dad's thoughts or feelings when he made his decision. Just like his father did when he decided to leave. Jackson talked to his mother about it and surprisingly, she expected it. She thought he already acted as reckless as a pirate and it would be but so long before he decided he actually wanted to be one. She wasn't opposed to the idea seeing as her son was so ambitious and excited about it. She just explained to him it's a dangerous and crazy lifestyle and to make sure he's ready. That got Jackson thinking. He couldn't sail out now. He needed to train much more before he was ready to sail out and form a crew. From that point on he would train rigorously for hours everyday.

One day when Jackson was in the backyard training, he noticed a strange looking fruit sitting by a tree. He walked over to it and examined it. It was a weird fruit he had never seen before. It was a bright yellow that seemed to glow. He decided to bring it inside and ask his mom if she had ever seen anything like it. She told him no and encouraged him to wash it off and try it. Jackson did just that. The fruit was horrible. It tasted absolutely disgusting but the reward was one worth the troubles. Some time later, Jackson realized he had the special ability to turn his limbs into pure light, shoot out lasers, etc. He told his mom and his mom couldn't believe it. His mother talked to people locally about it and they explained he had eaten the fruit of the Devil. More specifically, a Logia type Devil Fruit. She then explained it all to Jackson and he couldn't have been more excited. He had gained an ability that would surely help in his quest to become a strong Pirate. The only downfall was that he'd be an anchor in the seas. He just figured he wouldn't fall to the sea then.

From that point forward, Jackson spent the next couple of years training his body and honing the abilities of his Devil Fruit. He'd work day in and day out, making himself stronger and practicing control and power with his Devil Fruit. His mother would make snacks for him to eat throughout his training sessions. She was impressed with how much her son was growing. Then the time finally came. Several months after he turned 18, Jackson told his mother goodbye and all the townspeople who came to see him off. Out in the crowd he could see some of his old friends who wanted different careers/life paths and familiar people he'd get in trouble with. Hell, he could've sworn he saw the Petty Officer from a few years back hidden deep in the mass. After his goodbyes/farewells, he set out to gain a powerful crew and be one of the strongest Pirates on the seas.