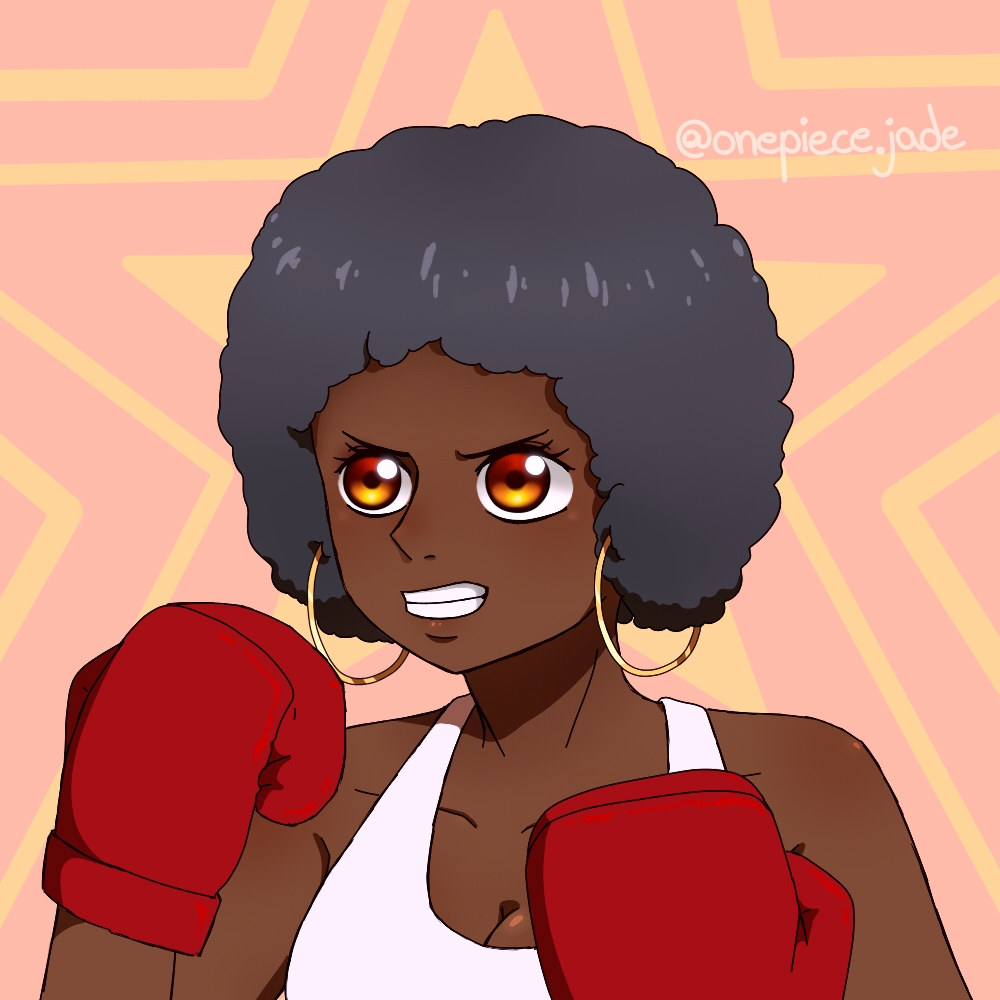 Description: Betty Clay is a plucky girl who typically is not afraid to look rugged. Her wooly hair has a coarse texture. She has dark skin, a buxom chest, and round hips.

Hometown: Baterilla
Personality: Outside of combat, Betty is generally a positive person. However, she can also have a short temper that can put people off if they are unaware of her triggers. She is loyal to a fault and doesn't think twice about throwing a punch to protect her crew. Betty enjoys fighting people but doesn't like severely harming them unless they truly deserve it. She is not stupid, but her daredevil personality often gets her into trouble. Overall, she is a kindhearted person who seeks to protect people.

History:
Betty Clay was born to Mohammed Clay, a wealthy merchant who once dealt with the mafia, and Katsumi, an escaped slave, in Baterilla, South Blue in 1810. Her father Mohammed taught her how to follow in his footsteps and become a wealthy merchant. One day, her father decided to leave the mafia, which the mafia did not take kindly to. When Betty was 6, her father was shot and killed by the Don right in front of her eyes. Katsumi helped her flee to Karate Island, and she trained in kickboxing for 9 years. At age 15, Betty returned to Baterilla to fight the Don and beat him up badly enough so that the mafia never messed with her family again. In the four years before becoming a pirate, she continued her education in vending but decided that she wanted something more. At 19 years old, she built a simple raft and went out to sea, beginning her journey as a pirate.