[Episode] On the run, on the hunt. 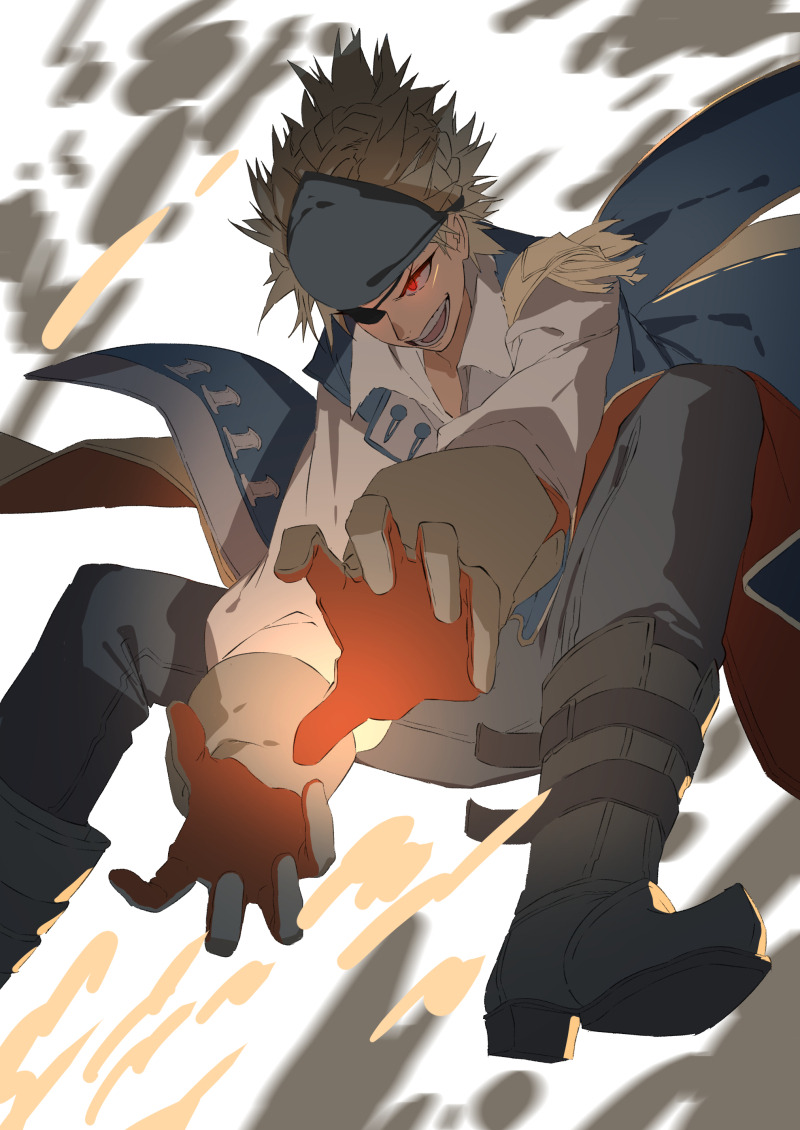 [Episode] On the run, on the hunt.

Summary: Due to the theft of a recent item, some pirates who had docked in Orange town have begun to run through the city in search of the one who stole it; while the group it was originally intended for has sent some muscle, in Lu Shang, to come and collect the Devil Fruit, but with the Devil Fruit already being eaten, what will be sent back in its stead?

As the sun was shining over another great day in Orange town, people were walking the streets as normal. For being in the afternoon, it seemed quite light compared to what the shops were accustomed to. Kyaime was taking his time walking through the streets, trying to not show the anxiety boiling in his body due to wondering when the pirates will find him. The pirates must have had an idea that someone in the bakery overheard them being rowdy unless they just always talk that loud about secret things on their ship.

The words from his father kept ringing in his ears, "Kyaime, you need to go. Someone is going to let the pirates know. Everyone can see that you took the fruit, you don't just have bombs in the bathroom!" He was feeling extremely embarrassed. He knows that the fruit is now considered his, but he isn't sure how to use it best yet. His practice using the fruit in town would just drag unwanted attention towards him, why would he even try to practice in town? Where was he supposed to go? 18 years have past and the most he has traveled was to neighboring islands to purchase supplies. Now he had to find his way to hide, or at least survive.

"Hurry up! We need to get him back, we have to send something back!" Kyaime felt the surge of adrenaline come through his body, they were close. He had to choose, his fight or flight situation was already here. He was a bomb now, he could let himself be taken and take the fight to them, but he also doesn't know anything about these pirates. Kyaime would be going in blind if he did that, and it would surely just be walking the plank and drowning since he can't swim anymore. Part of that sentence did get stuck in his mind, "send something back". It wasn't just for the crew of the pirates? It was getting sent somewhere? His breath began to speed up as his nerves grew. He had to hide and take some time to think.

"Excuse me..." He pushed through some people who were shopping into an alley, the tall buildings surrounding him should help him hide for a few minutes. He tried to peek out towards where he heard the voice coming from. He saw four different pirates. Two of them were at his bakery and he heard them talking about the fruit, they must know who ate it. He pushed himself against the wall as they were walking by.

"You morons! How could you let something that expensive slip off the ship?!" The man was big, but didn't seem like the captain. He was furious and was verbally taking it out on his crew, but his anger seemed to have fear hanging over as well. Something, no someone, must have struck fear into him since the fruit was missing."Come on out kid! We already took out that bakery... Your family didn't want to tell us where you hid!" Kyaime froze hearing this. He felt his heart beating out of his chest. He had to follow them back to the ship, it was time to be on offense. As the pirates passed the alley he had snuck down, he peeked around the corner to watch them go. They were not going to get away with this.

First mate who was talking: 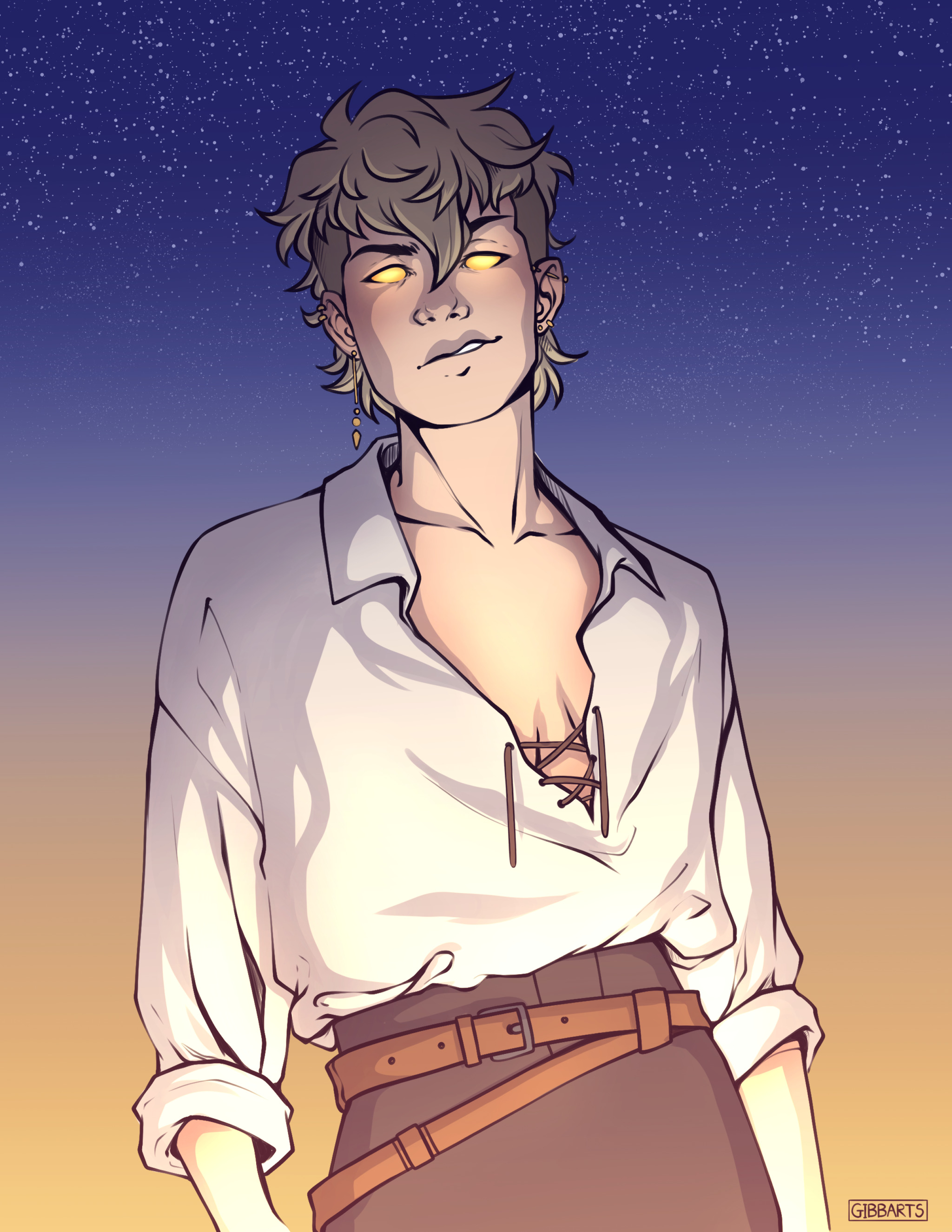 Meanwhile, just off the coast of Orange Town, anchored in the still waters just beyond the horizon, sat El Toro. It was a menacing looking ship, pitch black except for it's three crimson red sails and tgolden head of a bull at the front. On each flag was a skull and cross bones that looked  generic aside from the fact that the skull had horns like a bull. Beside El Toro, with a  gang plank running between the two ships, it was a much smaller, boat flying a merchant flag.

“What do you mean you don't have the fruit?”

Just below deck, in the captain's spacious quarters, Captain “Bull” Karver, was entertaining his guests. The captain was an old weathered man with brown skin that seemed like it had almost been turned to leather from years of sea and sun. His arms and legs were muscular and thick as tree trunks, his chest even more so. His septum was pierced with a large platinum ring and his long black hair had been dyed the same crimson color of his flags starting about halfway towards the ends.

“I told you. Some little shit snuck on board our ship while we were docked and getting supplies and stole it,” retorted the captain. “I got men looking for them now.”

Despite the captain's fearsome appearance and the hard lived life that had given it to him, even he was a bit intimidated by his guests, not that he would ever admit it. The first, and most important guest was nothing to look at but had a reputation around the East Blue of being everything to fear. Marco Luciano was the former head of the infamous Luciano crime family. The former head of the family, he had recently given up that position to his son, Roberto, to go into semi-retirement. Nevertheless his name still had meaning in the East Blue and though he looked like little more than a frail old man in (slightly outdated) designer clothes many men still respected him.

In his bony hands was a leash. At the end of that leash was collar. And inside that collar was the neck of the largest lion Captain Karver and any of his men had ever seen. At 15 feet and some change in length and a little over 6 feet tall even when on all fours the big cat was more than twice the size of most of the captain's men. Yet for such a fearsome predator it had remained surprisingly docile, sitting down as soon as the two men had begun speaking and remaining completely silent without so much as a growl or snarl throughout the conversation.

“Your men are a bunch of morons,” hissed Marco. The old man turned to his pet, and undid it's collar. Marco turned to the lion and commanded “Make yourself useful Mittens, and find the thief. Bring him back alive.”

“Why do I have to do it?” growled the lion causing Captain Karver to jump back in surprise.

“Because until you pay off all your debts to us...I FUCKING OWN YOU! Now get moving you useless pain in my ass!”

The lion seemed visibly annoyed but did as he was told. Slowly the creature walked out onto the deck of the ship where, before everyone's very eyes it began to transform into a man. This man was a mountain of muscle. Well over fifteen feet tall and so more visibly ripped than many body builders the other men couldn't help but stare. He was adorned in the finest fashion available. As the man made his way across the gang plank Captain Karver noticed that he didn't carry himself with the kind of swagger or confidence he would expect of such a man. Instead this man, who just a moment ago and been a great beast, looked almost defeated.

“The famous prize fighter Lu Shang. Yeah. For your sake captain he better find that fruit.”