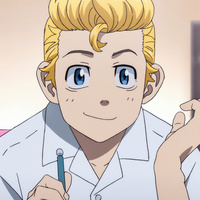 Summary: A squad of physically unimpressive new recruits is sent to Minion Island for some additional physical training. Ryoichi only has 4 days to get them in better shape.

The sun wouldn't rise for another few hours over Minion Island and Captain Thomas Mateo had already begun yelling. The short, pudgy, red-faced Captain with a tuft of green hair on top of his otherwise bald head stood before a squad of twelve young recruits. All of them were either skinny or fat looking. None of them were strong or confident. Nor were any of them older than twenty nor ranked higher than seaman recruit.

“Listen up! None of you are worth the starch in your uniform but for some goddamned reason, nobody's thrown you out yet! You are all weak! Pathetic! Useless! That's why we're here! Am I clear?!” berated Captain Mateo.

Fresh snow had started to fall on the winter island and the wind had begun to pick up. The standard marine uniforms that each member of the squad wore did little to protect them from the below freezing temperatures. Every young man shivered violently where they stood. They were all tired and they were all cold. They all thought about running back onto the ship and going back to sleep. But not a single one of them dared break formation.

“...you are here become strong!” continued Captain Mateo. “By the time...”

One of the young men, a skinny looking seaman recruit named Julius Khan, hated getting up so early in the morning. The cold and the yelling had managed to shock him awake at a first but that shock soon wore off. When it did he began to feel sleepy again and when he felt sleepy he did the worse thing he could have possibly done. He yawned.

Like a bull seeing red Captain Mateo charged at poor Julius. The red-faced, angry captain got up in the recruit's face. Close enough that when he screamed his spit got in the lad's eyes.

The young man looked down at the ground. He was too afraid to look the angry captain in the eyes. This only made things worse.

Captain Mateo slapped Julius across the face hard enough to leave a bright red welt on the recruit's pale cheek.

“You will look at me when I speak to you! Are we fucking clear?!”

“S..sir! Yes sir!” stammered Julius. This time he forced himself to look Captain Mateo in the eyes.

“Good!” continued the captain. “Since you sleeping fucking beauties need help waking up all of you better drop and give me fifty! Are we clear?!”

In unison, the squad dropped to their hands and knees and as they did their push-ups in the ice and snow Thomas Mateo continued to yell.

MORNING! It is the morning. The sun was not shining but it was morning-ish time. The bell that was on the doorway was ringing, indicating to the entire crew deck that it was time to wake up and get to work!

"Wha..- Morning, already? This is bullshit!" "Yeah! It's not even sunny outside."

It was then that the room was separated into two groups. A group of the loud rowdy new recruits who are not used to the marine regime... Most have had a more free lifestyle in their past lives. And then there was the second group. The group who had accepted the reality.

They are on Minion Island, the land where the sun barely shines during the daytime. It was easy to mistake the morning for nighttime. It was something that will take a long time to understand and get used to.

Among those accepted faces was the man himself. Petty Officer Ryoichi Ayugai, who had been given the first-ever own assignment on the said island. It was unusual, however. Usually, the man would already be up, having trained, heck, even having had breakfast...

But his body needed all the recovery he could get from the most recent mission in Paradise. If sleeping an hour or two longer gave him a chance for faster recovery, he was going to do it... Otherwise, some punishment was coming from the Plague Doctor himself.

The man got himself dressed up in the matching uniform with most of the marine recruits. Same boots, same pants, heck almost the same shirt. The difference was that his shirt was in fact sleeveless. He had to hurry now.

The hair gel from the container was applied to his hair and returned to the chest next to the hammock, and off he went. He left the base of operation and began his running. Although his morning training recently had been slowed down, it was the least he could do.

Ryoichi stood straight, his legs together, feet a bit angled diagonally to each side. His left arm was behind his back while the right hand moved to his forehead height to salute the captain.

He was matching the look of the new recruits. Barely any warm clothing to combat the cold of the island, as a matter of fact, he probably had some less clothing, that being the shirt sleeves. He was the polar opposite of the captain who was enjoying the warmth of clothes.

There was an obvious reason why Ryoichi did not need the clothes. Most knew, but the recruits probably did not. Perhaps someday, they will know.

“Fo...rty...one! F...forty...t...two!” shouted Julius, counting out his push-ups alongside the other recruits.

Julius's voice was as shaky as his noodly arms. His arms, chest, and shoulders ached horribly and his breathing was raspy. His hands, which had remained pressed against the rough, iced-over ground, were especially sore. The constant contact with the ice and snow had caused the skin to turn red, blister, crack and bleed.

The squad of shivering seamen stopped in place and struggled to hold their push-up position.

Groans of pain and some sighs of relief could be heard as the recruits forced themselves back to their feet and into an attention position. Their movements were even more sloppy and out of sync with each other than before. This did not go unnoticed by Captain Mateo.

“What in the crispy, fat fried FUCK was that!?” he shouted. “I should beat the breaks off of every last one of you lazy, good for absolutely fucking nothing, embarrassments to the marines!”

“This is Petty Officer Ayugai!” continued the Captain.

That was when Julius noticed the other man standing next to the captain. The petty officer was at least a foot and half taller than Captain Mateo and considerably leaner. The young seaman recruit also noticed that the Petty Officer was dressed in the same sort of uniform that he and the other were but didn't seem nearly as bothered by the horrible winter weather.

“On my command, you will salute him! And I swear on my mamma's grave, if it's not sharper than Sky God's sword, I will run you sloppy little shit stains until you all fucking die!

“Sir yes sir!” answered the recruits in unison though some of their voices wavered.

The recruits did as they were told but they were far from perfect. Several were off beat and out of sync by at least a second or two and none of them were as sharp as promised but it was the best they could do in the condition they were in. Even the red-faced, foul mouthed captain could see that.

“They're all yours Officer,” he grunted.

Ryoichi grinned slightly at the captain's ways of injecting discipline into the young recruits. He had, after all, passed similar training himself. The key difference compared to most of the current recruits is that he was way more fit for the training.

"Listen up everyone! Name's Ryoichi Ayugai. Petty officer! It is a pleasure to meet the lot of you. What awaits us is four days of training in the cold forests here on Minion. I will give each and every one of you fifteen minutes to head over to your quarters, be it on the ship or on this very island, to pack your bags with things of necessity."

As Ryoichi spoke, he was passing by the lined-up marine recruits. Compared to their most recent previous instructor, Captain Mateo, Ryoichi's voice did not contain a sense of demand, he did not display himself as the "telling" type.

"Remember! Necessity! Use your common sense, this will be your first training lesson. If you are not back by fifteen minutes, that will be fifteen push-ups and fifteen sit-ups per each late person."

He stopped in front of the recruits and looked at each and every one of them. Some of them nodded with understanding, some however looked somewhat dumbfounded. But what he asked was not that hard to understand, right?

Ryoichi looked down at the stopper watch which he had grabbed from the pocket "You have got fifteen minutes... Starting... Now!" he clicked on the stopper. It was now or never to grab what they can.

Everyone was smart enough at least to go and actually grab something to go along with this training trip... Question is, were they smart enough to not overbear?

“Handle them how you want,” shrugged Captain Mateo to Petty Officer Ayugai. “They've got some important paperwork for me at the base so you're in charge.”

As Ryoichi continued to address the recruits and give them orders the captain turned his back to them. Thomas Mateo jogged up the hill, going back the same way that Ryoichi Ayugai had come. Soon he was out of sight of the petty officer and the recruits.

Meanwhile, Julius and the other recruits continued to stand at attention as Ryoichi continued his lecture. As much (and maybe more) out of fear of further punishment as respect for his superior officer, Julius hung on to every word the petty officer spoke. When the order to retrieve their things was given, Julius, along with the other recruits, scrambled into action.

Julius and the other recruits pushed and shoved past each other like a bunch of rowdy children. They rushed to their cabins to get their things. Most of the recruits had very little with them. A few changes of clothes. Standard marine issue weaponry. Things of that nature. One of the young recruits was a fat looking fellow that had told on the trip over Julius he wanted to be a combat medic. That one had a first aid kit.

Julius himself kept it simple. He quickly threw on a fur trapper style hat that had been issued to him along with the gloves and wool cloak that had come with it. This was standard attire for marines working on winter islands. The weapon he'd been issued was a basic, single-shot rifle with a bayonet attachment. He made sure to grab it before slinging a pouch full of ammo over his shoulder.

Most of the other recruits, including Julius, were able to get their stuff and make it out with time to spare. Unfortunately for them, a few stragglers threatened to get them all punished for not being quick enough.

“Come on!” they shouted at their flailing comrades. “Hurry up!”