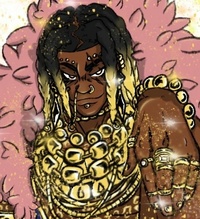 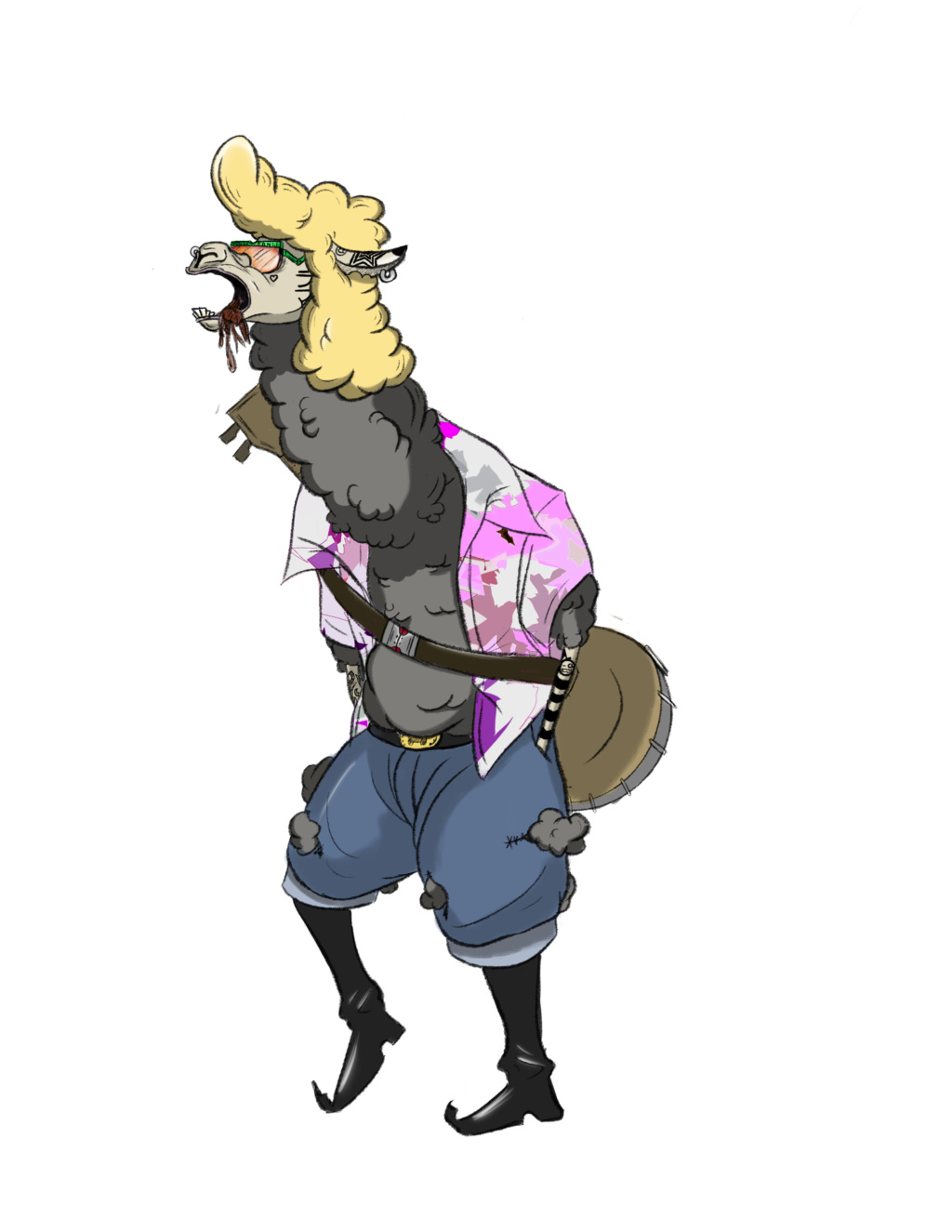 Background: A former rock star from the New World, Cash was known far and wide, having frequented Jollywood parties. Earning the himself the moniker of “Party Animal” amongst the paparazzi and fan base due to his often reckless and comedic actions when under the influence. He later found himself on tour in the North Blue during Firebear’d’s attack. The fallout from which has caused the Llama mink to develop a strong hatred for the yonkou.

Since the radical decision to outlaw minks, Cash had taken refuge on the island of Rubeck, living in the intricate cave systems prior to being taken in by Dax.

Cuzco ate the Baku Baku no mi, giving him the ability to devour any substance aside from seastone and apply it to his body in a weaponized fashion. He also has the ability to fuse two types of materials together to create a new structure or item. 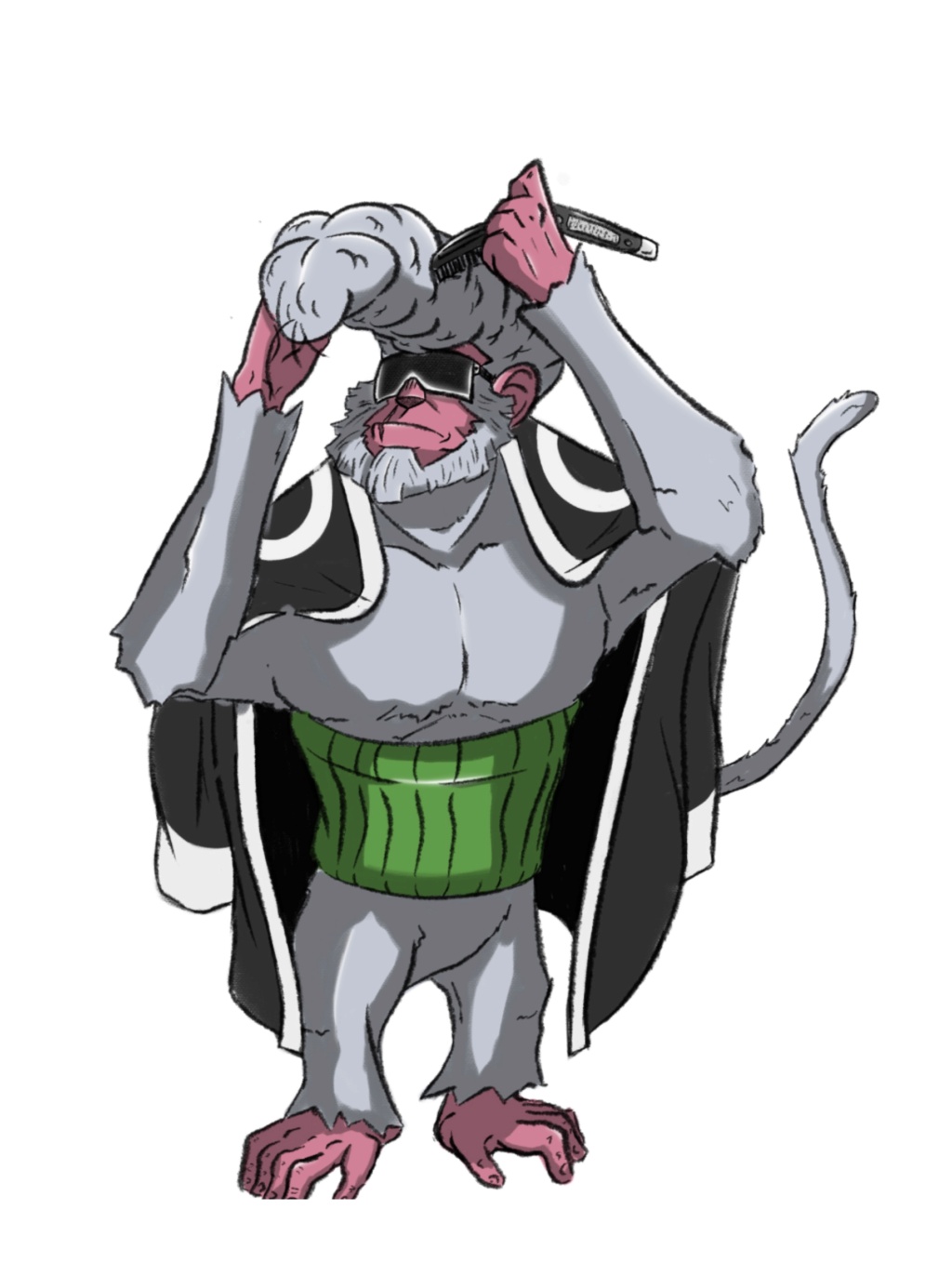 Background: The former boss of the Mountain Monkey clan in the Rubeck Mountains. Jiro has since joined Dax’s crew as an underling, relinquishing his position as boss of his own gang out of respect for the Shichibukai.

Jiro spent his early days as an apprentice to a yakuza barber known as Okuma, learning alongside the man’s adopted son Kazu. They later became leaders of rival gangs but have since both joined up under Dax and his smuggling pirate crew Gold | Works.

As a young monkey, Jiro ate the Supa Supa no mi, making him a full body blade monkey.

Background: Will be updated after conquest of Rubeck to avoid spoilers