Orange is The New Green [Episode] 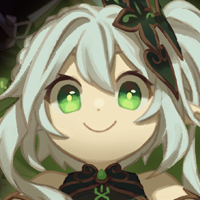 Orange is The New Green [Episode]

Summary: Orange Town, a neutral island in the war-torn world. Gladiola, having lived there all her life, was given a mission: find her dad and join the Revolutionaries (not in that order, hopefully). However, Orange Town is a relatively big place, and Gladiola has no idea where to start looking. Join her on her biggest hunt yet: finding wanted criminals! But trust me, they're the good guys.

Gladiola had no idea how big Orange Town really was. To be fair, she had been stuck at home for most of her life, with her adoptive mother being quite protective of her. Though, now that the woman was out of the picture and has given Gladiola a mission, she had to suck it up and tackle the outside world head-on! Luckily, she has a pretty hard head so it’s not like she was that worried about what would happen but still, something bad could happen. Dwelling on the could-be wasn’t going to help either, so after roughly a day of speculation and thinking about what to do, the dwarf-elf decided to answer her call to adventure.

Stepping out of the shabby hut that she called home, Gladiola’s senses were immediately assaulted with new experiences. New smells, like the bakery that was down the street or the garbage behind the building. New sounds, like the yelling of angry citizens and wailing babies. New feelings, being bathed in the warm hug of the sun beating down onto her skin, washing over her body. Growing up, she had always wondered what waited for her beyond the wooden door, what sort of life was in store for her, and what kind of place the world was. What she did not expect, however, was for everything to be so… big. Babygirl used to always tell her that her size was normal, especially for a growing girl, but just outside of her home she could see kids that were heads taller than her, some even twice her size. The building seemed enormous, the tops of them scraping the skies in her eyes. She felt like a mouse in the world of giants, and from the stories she’s been told giants were going to be even larger. That wasn’t going to stop our little hero though. With a headstrong attitude, she took another step towards…!

Towards what, exactly? Oh yeah, the revolutionary recruitment base. Which was…where? Babygirl didn’t leave a whole lot of details for Gladiola to go off, just that she should find it. A map or directions would have been helpful, but her mother probably that would have been too easy and left her with one of the vaguest objectives. From what she could understand, they were the good guys. They fought evil and injustice in the world and took up arms against those who put them down and made them feel worthless, they were brothers in arms against the evils of the world. You know, the kind of heroes you only read about in books. It didn’t really make sense why Babygirl wanted to find them but perhaps they were just good people to be around, which would be really nice at the moment since Gladiola was truly all alone now.

“Excuse me! Sir!” Gladiola approached the nicest-looking guy she could find after a few minutes of walking. Orange Town had quite a diverse group of people. Some of them looked normal, like the average townsfolk that you could find anywhere. Others looked more dangerous, they stood out in the crowd with their outfits and styles. These people looked like they belong to a less-than-savory group, though Gladiola had a hunch that all of them didn’t know each other. And lastly, were the clean-looking ones, the ones in uniforms that stood straight and looked down on everyone they could. There was no way that Gladiola was going to approach them, no matter how nice they looked.

The man that she approached was tall, had dark skin and poofy hair, and was wearing a bloody apron. He reeked of meat. When he turned around, at first he seemed confused as his eyes scanned behind him—directly above where Gladiola was standing. “Down here! Down here!” In an attempt to grab his eye, she waved her arms and jumped in place. Luckily, it worked as she glanced downward and bore a look of shock.

“Well, well! And who do we have here?” His voice boomed as he spoke, a smile on his face whenever words came out. Overall, he seemed to be a happy man. It was actually quite offputting to the young Gladiola as she wasn’t used to this much forward positivity. Babygirl was actually quite dark and moody, so it was hard to really get any emotion out of the women. Taken aback, she approached the conversation nonetheless. It was too late to back down so she might as well see it to the end.

“Hi! My name is Gladiola and I’m looking for my… friends?” That was a question as she had no idea what to really call this mysterious group of people. Her mother figure seemed to view them pretty highly, and while speaking of them prior to her abandonment they appeared close enough if she entrusted Gladiola to them. But then again, Gladiola had no idea if Babygirl really had her best interests in mind. Half the time it sorta seemed she was stuck with her out of duty rather than care.

“I’m looking for a group of people called the Revs. A friend of mine-” Before Gladiola could even finish her words, the man’s face turned from one of happiness to one of fear. The people in the market around her lulled to a hush as their gazes averted to her. It was made quite clear that Gladiola had said something she should have, but the young girl didn’t really care or take notice of it. In fact, she kept smiling and continued. “A friend of mine had said I should look for them, and that they might know where I could find my father! So, where are they? Thank you!”

2 TECHNIQUES COOLING DOWN | 0 HAKI COOLING DOWN:
(List all techniques and haki that are currently on cooldown and note the number of rounds before you can use them again.) 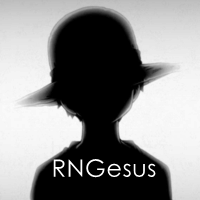 3 TECHNIQUES COOLING DOWN | 0 HAKI COOLING DOWN:
(List all techniques and haki that are currently on cooldown and note the number of rounds before you can use them again.)

4 TECHNIQUES COOLING DOWN | 0 HAKI COOLING DOWN:
(List all techniques and haki that are currently on cooldown and note the number of rounds before you can use them again.)

And at that moment, the air changed. Around Gladiola, she could hear murmurs, and feel the eyes beaming on her neck. Unfortunately, the girl lacked the social skills to be aware of the situation that she was in. To everyone else in the market, they knew the source of the emotion that Butch was suddenly overcome with. They knew the why, they knew the how, and they were very much aware of what was to come next. It seemed like a secret that everyone else knew, one that was very well known to all except Gladiola. Luckily for her, this wouldn’t stay a secret much longer as the man clutched his fist so hard that it bled. The girl, now a bit wary of what was to come next, took a step back. The look on his face turned from one of a large smile into one of a heavy frown, much like what Babygirl looked like after Gladiola broke the rules. Something that did not happen often, but the consequences of which were quite harsh.

In a single motion, the man crouched down to Gladiola’s level, his face at the same level as hers. Pain flickered behind his eyes as he spoke. “Little girl, do you know who these people are? Who these ‘friends’ of yours are? What they do? What they DID?” Clearly, this being in the first few hours that Gladiola has even known that these people even existed, she had no idea and shook her head furiously in response. Perhaps she shouldn’t have called them her friends, perhaps she should have been more inquisitive about this group of people, but she trusted Babygirl and Babygirl trusted them. Perhaps this blind faith was misplaced, however.

After the silence from Gladiola, the man continued. “My son, a bright, happy boy. Had his whole life ahead of him with a strong sense of justice, the kind of kid a father could be proud of. The kind of kid I was proud to raise. Went off, joined the marines as soon as they were willing to take him, aspired to become something and make a name for himself.” The man chuckled a little bit as his gaze shifted toward the sky while he reminisced. “He didn’t even last a day. These people you call friends decided to attack his base on his first day there. They killed everyone, leaving nobody alive.” Stern once again, his eyes locked onto Gladiola as he put his right hand into his bloodstained apron and slowly began to take out a large meat cleaver. A feeling that Gladiola was all too familiar with had decided to make a home in her stomach: fear, and it was here to stay. Worried about what was going to happen next, her hands naturally found themselves gripping the hilt of the weapon strapped to her back. What had started off as a good day has taken a turn for the worst.