[Episode] The Tale of Two Artists 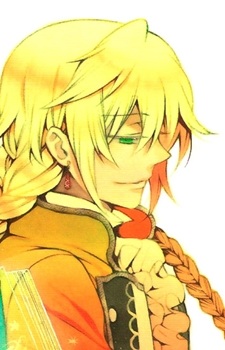 [Episode] The Tale of Two Artists

Quest Details :
Name: The Tale of Two Artists
Category: Episode
Player Participants: Sabian McQueen (+2), Baseera Umar (+1)
Planned Location(s): Loguetown
Planned Time Range: Feburary 12th, 1829
Summary: Sabian has been once again relocated. This time, the East Blue. After a plethora of partners who have abandoned him mid-mission, the army has sent him to the East Blue to find a certain professor. His journey commences upon arrival of a cargo ship that docks in the bustling pirates cove of Loguetown.

Himself and a fellow revolutionary uncover a pirate group who trafficks East Blue locals for high dollars to nobles. However, this time, Loguetown might be there last stop. In the pirate cove, the jesters tell stories of former hotshots who rose from the East and died by the sword. Such is the life of a pirate, the profession dabbles in playing the universal lottery with your lives, and the subsequent numbers are your crews own. Some hit the jackpot, many fall short of a few numbers but the majority never see their dreams come to fruition.

Yet, this was the cesspool that the Army had sent him to this time. To look for a professor the boss had lost contact with almost a year ago. With a somewhat, less than accurate hand drawn portrait and a vague explanation of 'EAST BLUE' for sure, after getting that information from Gotli... Sabian was less than eager.

As the cargo vessel pulled into the dock, Sabian wasted no time hopping off the ship, cloaked in a brown hooded coat to conceal his identity. An added precaution for the oftenly flamboyantly dressed revo, the plan was search the city, find out if any had any information on the professor, and work his way around the surrounding East Blue Islands.

Of course, the Army knew better than to send a hot head like Sabian on a solo mission such as this, so he'd be baby sat as per usual by a new recruit. Once again, he'd been given the vague explanation of 'Cyborg Lady' from the ball headed torpedo. Superb Intelligence as always, Sabain thought to himself as he sighed.

Traversing the deck, Sabian began oggle at the small merchant stalls selling trinkets - bracelets, necklaces and even charms. Truthfully, what caught his eyes was a young damsel who'd been waiting for her heart to be saved from the dashing chap.

The plan was made up on the spot, and in motion. He'd walk over smoothly of course, offer to purchase the lady an item and start striking up a conversation. Hopefully she was a local, two birds with one stone, a conversation with a heart throb and information.

What actually happened was as follows. Sabian approached, strutting like a peacock with his hair fluttering in the wind as the majestic pheasants feathers would. As he approached, and tapped the lady on her shoulder, the lady looked back, and well, umm... she was as... fair from the front as expected.

Nonetheless! Sabian was a gentleman, so he followed through with his plan.

He'd utter before clearing his throat for the evident lie.

"My fair lady. May I purchase this bracelet your looking at on your behalf?" Sabian declared, suavely as intended.

The woman took one look at McQueen's dreamy green eyes and melted.

Then what happened next was all a blur. A right hook connected to the man's jaw, sending the hooded knight crashing into the ground. The woman jumped into the fray, trying to explain the situation but the drunkard husband wasnt open to reason.

"Hey! Bub! You messin' with my lady! She dont need yer money-"

Before the man couldve even finished his sentence, Sabian fired off two swift round house kicks to the man's neck with precision. Sending the husband's carcass blasting off and the wife stunned by what to do next.

The crowd heckled and cheered on as one man fought for his woman's love and the other now had a very disturbed look on his face. He'd landed badly; a cut on his finger. The woman coo'd and huddled around Sabian, interlocking her arms into his own.

Sucking his teeth, the man would morph his head into that of a T-Rex and roar at the woman, causing her and the whole deck to freeze in terror. The woman fainted, the locals scattered and Sabian rushed to bandaid his hand.

"Tch. I've committed two sins today. I've yelled at a lady - albeit her looks. She was still a lady. And I've damaged God's Gift to the world. I'm sorry my lovelies. I shall never forsake you again." Sabian monologue, nursing his hand with a smiley face bandaid.