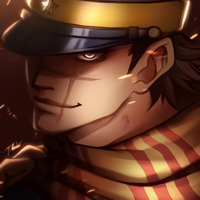 Summary: Having joined up with a new crew, Zanato contacts an old associate by the name of Merlan, who can craft schematics that would allow Zanato to create a custom Cola Engine for the Wailing Calamity once the crew gets to Water 7. But negotiations for ownership of the plans will not likely go easily for the man who can't be bothered to show how badly he wants them. 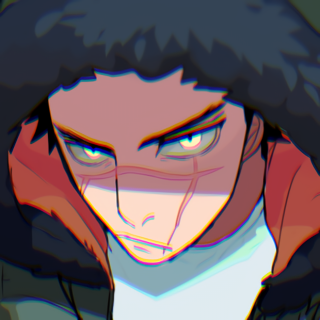 Zanato found himself at a loss for words, unable to deal with the overwhelming pressure that bared down on his mind.

He could not believe his eyes, eyes which looked at a flier advertising the handiworks of a well-known shipwright from the nearby Water 7, Merlan Watts. A man whose experience building ships for the New Revolutionary Army was highly respected back in the day.

To that end, this man was a genius when it came to designing and constructing various cola engines, engines that he could get made at a fraction of the cost that most seafarers would pay. Which, given the comparative lack of resources the NRA had compared to the Marines, was a godsend.

In that regard, Zanato knew that the Wailing Calamity could do naught but benefit from having one of these experimental Cola Engine designs attached to it.

Though he knew it’d be lacking in quality.

This was due to the fact that Zanato, while being a shipwright in his own right, had no idea how to keep such a machine maintained and up to the standards that one would need to function properly.

This was going to have to be a learn-as-you-go operation.

To that end, then, it was beneficial that Zanato had been here in Paradise, so close to Water 7. It was the place that gave him the best chance to improve his craft and given that he was now a part of a seemingly powerful crew. He had to make sure he could pull his weight pronto.

Not that he was beating himself over his lack of craftsmanship.

Still, there was something about this flier that agitated Zanato. And that was the fact that Merlan was definitely what some people would call Eccentric.

The man was a loon.

But hey, so long as he coughed up the schematics, Zanato didn’t really give a damn what this man did, or why he did it.

Unfortunately for Zanato, this wasn’t going to be as simple as just plopping a fat stack of berries down on the counter. The man that he was involved with was quick-witted, unsound of mind, and found himself to be a harbinger of the grift.

Nothing would ever prove to be straightforward in regard to Merlan.

But in that came a simplicity, the kind that made seeking the man out a foregone conclusion. You pass his asinine trial, and he gives you something worthy of your time. Cut and dry.

With a heavy sigh, Zanato rested his palm over the kashira (butt cap) of the well-worn tachi that he had scrounged up not too far from here, gripping the flier in his dominant left hand before crumpling up the paper and tossing it aside.

With a boisterous yawn and a look of agitation draping itself across his face, he’d head out towards the downtown area of St. Poplar.

He was pacing as he gazed upon the various shops and residential homes that littered the cobblestone pathways. This was indeed a peaceful place to live, and he could see himself putting down roots here if not for the restlessness in his otherwise apathetic heart.

But who gave a shit? Certainly not Zanato.

He was a man about town, well to do in his style as he wore his ugly ass green yukata, with a schoolboy cap on his head fixed firmly. His iconic scarf draped across his shoulders, showing off his style.

His balsa wood sandals clackity clacked and he moved like a man without a purpose.

He knew that there was a shop down by the peer that was mentioned on the flier, but he had never been there. He had no idea how long the trek would be to get to his destination, but he was in no hurry to do so.

After a while, he’d reach the destination he had sought, though he wasn’t impressed by what he saw when he got there.

It was a run-down shack, one that had a dozen or so barrels and crates of various sizes out by the left of the entryway, and the door was made of some shabby-looking driftwood. The only window for the property held a single pane of cracked glass, which made looking into the property quite the hassle.

The smell of mold and regret filled the air the closer he got to the two-story building and he could see from the state of the bricks that made up the structure that it had not been repaired in quite some time.

Though taken aback by what he saw before him, it didn’t immediately set off red flags in the young man’s mind. The man he sought out was a shipwright, not a foreman. So it wasn’t a stretch to assume that the man’s crazed dedication to his craft left his humble abode in disrepair.

This didn’t mean that he thought that this place was befitting someone of Merlan’s status, however. It merely was an excuse to keep Zanato on the path ahead. He had to move on, staying here was not going to produce the best results for anyone. Let alone, Zanato.

Besides, it was good that he live up to the task at hand. That being the one in which he’d become the shipwright for one of the single-most notorious pirates from the North Blue. It meant that he had to really hunker down and dedicate himself to his craft. Even if deep down he preferred to find some driftwood and mosey on down the river.

“Ehhh… this motherfucker better not be up to something fishy.” He spoke with an authoritative voice, pressing on the driftwood door and entering the building properly.

A large forge was in the back of the lobby, with a single counter separating the customer from the bat-shit engineer who stood behind it.

The lanky white-haired, salmon-skinned human seemed buried in his work. His cola stained hands gripped a pair of tongs and what looked like a superheated metal rod that was being shaped into what could only be assumed to be a part of one of the combusting cola engines that Zanato had heard so much about.

Without missing a beat, Zanato pulled up towards the counter, slamming both of his hands onto the table, eyes fixated on the man before him. With a loud sigh, he spoke out.

The elderly fop never turned his attention upward from his work. Banging away at the heated rod with a nigh rhythmic tempo. To say it was distracting would be an understatement.

A silence filled the room as Zanato’s eyes twitched in disbelief. This was an inconvenience to be sure. But not some incident he deemed to be insurmountable.

All Zan had to do was keep his cool. Else he’d get the biggest run around of his life. He owed it to Mr. Nox.

“If’in ye plan to stand aroun’ all day doin naught, ye might as well pick up a hammer yerself, Lad.”

Oh great, exploitation. Who would have thought?

“Buckaroo, I’m actually here about getting the schematics for your custom cola engine.”

This was enough to stop the old man in his traps.

“O’? Why didn’ ye say so lad.” Finally looking up from his work he immediately smirked. “Ah! Is ‘at young Zanato I spy ‘ere?”