Hoy! Glad ya came by!

What is this? -points at title- Plotter, sort of.  Half the time I'm used to “hey let’s plot.”  “Oh yeah we should totally plot.” Repeat for a week or two.

So here are some mock quest ideas to try to get some juices going.  If anyone has more they’d be interested in offering up, I’d love to hear ‘em. If you have anything to add or maybe tweak to make a greater twist to, awesome! It’s always great to give a personal tie in for something.  Even better when it gives ya a knife to stick in someone’s gut, right? No? A baseball bat to the head instead? Well, to each his/her own, I guess.

Anyway, I’ll shut up now and just present the goods.

Does Your Character Like Food?:
Name of RP: Witty Name To Come
Quest Category: Arc
Quest Difficulty: Variable.  Likely to have a Tier 4 “Boss”, so +1. However, this event is open for all. If a certain former Yonkou wanted hop in, for instance, it’d be no surprise for someone of similar caliber to be in the room. A large crowd will be present, and it will be easy to blend in.
Characters participating: Mazin, likely Laurel, Gray, Alice
NPCs requested:  N/A
Planned Location(s): Pucci

Summary: “It’s that time of year again, folks.  Here in The Gourmet City, contests of culinary might may be a dime a dozen, but lemme tell you, there may be perhaps two – no, only one contest that soars above them all.  Is it the Dokugeki Tournament? No. That’s right, folks. It’s time for...The World’s Best Eating Tournament!

“What is The World’s Best Eating Tournament? Why, I’m glad you asked, Jerry.  You see, it’s a tournament in which all the world’s best chefs gather with exotic recipes and the best ingredients money can buy!  Thematic stalls manned by professionals and their teams that are there to cook for you, so that you can all vote and find out who is...the world’s best chef!”

Note: Now hiring extra armed personnel to keep the grounds safe and keep the contest clean. Doctors and seasoned chefs to serve for screening are always greatly appreciated, and will not have to pay for admission.

Summary: Townsfolk have often talked about the rabbits of Drum Island with a hint of fear in their voices.  Yet for once, something else seems to have them spooked.  Loud roars and wolf-like howling appear to be carried down to town by the wind, and locals have reported break-ins and stolen goods, although a recent visit from Pirates make them suspect them a likely cause. In particular, a businessman running a newly formed and resident doctors’ approved “Healing Hotspring” would be willing to pay a hefty fee for someone to stop the attacks due to damage his property has sustained, and will grant them a free stay if they prove effective.

And lastly I'll drop this by, since naturally I wanna include him in, of course. :P Mazin Botros Link 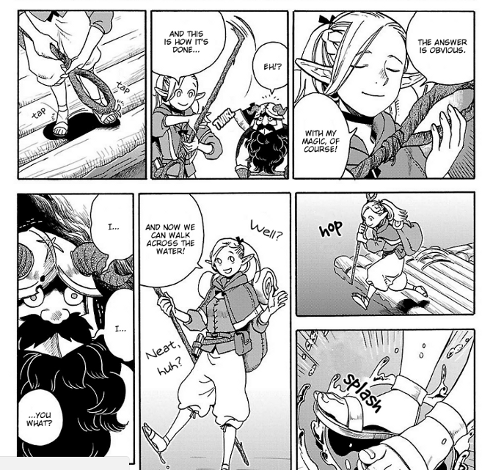 @Gray wrote:As I mentioned earlier, a "certain former Yonkou" would love to drop by on this wonderful occasion, but that might reduce the difficulty of the quest, and in turn the rewards.

I’ll take that to mean I need to put his name down, then. ;( Even the min beli is certainly a hit, but it doesn’t much bother me, and I’m sure James doesn’t mind.

What’s that?  Colorless one? Who? Mang I don’t get you.

Spoiler:
Anyway, I admit I didn't have too many features detailed for the arc as I wanted to leave room for everyone else to put things in, but as one could easily imagine I thought it'd be cool for an underground group (something along the lines of Baroque Works) to be trying to skew the competition. With things such Sea Kings and ingredients from All Blue present, not to mention important people around to kidnap, their goals could range from simple crime to something bigger, of course nothing on too grand a scale since that would be better saved for a Saga. But Ramen Kenpo Cooking Battles? Totally should be in.

@Baltroy wrote:Well a certain antique-loving fool is more than happy to join in! If the prize of the tournament is an antique cutlery of some sort, he'll even attempt to join the tournament to win. Don't ask if he can cook. Please. Just know that if there is fire, it is not Alice's fault. *sweats*

Oh my.  Will we be seeing Mysterious Food X this year?!

Honestly, I would hate that.

Lol just kidding, I rp for fun not rewards XD Make sure you try out Alice's fine dining!!

Haha, sorry to put you on the spot there. I'll have to let Mazin know hes either going for extra crispy or Lovecraftian horror tonight, maybe both. ;)