Approaching footsteps stirred the samurai from her nap mediation. She recognized her fellow marine by the sound of his stride, by the scent of gunpowder and a strange sort of tinge that colored his being. Her eyes flicked open, focusing on him with icy intensity.

Immediately, one particular detail scratched Yumiko’s ears, scraping against her nerves. While she was called by her rank, as was proper, someone far more important was called by nothing more than his first name... It sparked a surge of conflicting feelings. Shock, disbelief, even a twinge of anger. How dare this disrespectful man speak so casually of their superior officer? Such familiarity was reserved only for family and lov...

Meanwhile, inside the samurai’s head, the annual mental gymnastic event was in full swing. The line of thought took a running start... Leapt into a twirling triple flip... And stuck the landing! A beautiful jump to conclusions. Both the cheering audience and the nodding judges agreed, this was the only proper explanation.

Back in reality, for the past couple of seconds, the swordswoman had been staring at the gunslinger like he had spontaneously sprouted a second head. She blinked. Once. Twice. “...Very well.” Finally she snapped out of her daze. “This one shall deliver thy word to the Rear Admiral.” Her expression froze over again with the usual cold composure, hiding the puzzled thoughts swirling beneath.

Yumiko closed her eyes again and tried to gather her focus. Yet questionable thoughts plagued her mind. Images of the Rear Admiral... Were now accompanied by a certain Ensign alongside him. Sudden warmth lit up on her cheeks. She had never thought that the Rear Admiral preferred... That he had a... Gah, no, she had no right to judge nor question. Fading confusion made way for reluctant acceptance...

While the Wano woman was distracted, Anton managed to sneak up on her. His words caught her completely off-guard. Startled, she snapped out of her trance again. Bewilderment painted her pale features. She had completely lost track of time. Had it been seconds? Minutes? Closer to an hour? Well, perhaps it didn’t matter.

The Commander steeled herself, purging the distracting imagery from her mind. With the Rear Admiral himself, the social conduct was obviously different. He called all his subordinates by their names, much like a teacher would his students. Thus his order didn’t sound at all unusual to her ears. “As is thy will, sir.” Without wasting a moment, she sprung up from her seat and dashed down the hallway.

Yumiko’s nose twitched, following the scent of gunpowder outside the palace. Her steps hastened, until she caught up to the patrolling man. “Ensign Filth.” She called out curtly. “The Rear Admiral has requested thy presence in his quarters.” Had it been only him, the questionable thoughts would have been bubbling back to the surface by now...

But it wasn’t just him.

Next, the hunter’s attention swiftly shifted towards a nearby balcony. The scent of hair gel was unmistakable, wafting all the way here. A sudden gust of wind grabbed her clothing and assisted her leap up there. She landed crouching on the railing, calling out sharply. “Petty Officer Ayugai, the Rear Admiral has requested thy presence in his quarters.” After delivering the message, she unceremoniously marched across the room and left through the door.

Returning to the Rear Admiral’s door, the Commander stopped to wait for her fellow Marines. She would not enter before they were both present. If they didn’t obey, well, she was not above going back there and physically dragging them here. Her dedication to completing the order was absolute. 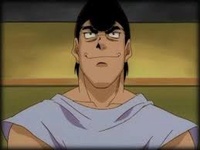 Both elbows on the balcony railing, with his back facing the town, he looked inside the room through the glass doors. To this point, he was still admiring the room he was given to spend time in. "Waaaaaait a minute... Look at the size of that mirror." he couldn't help but blink. How could he miss that? In the closet door, just in front of him through the glass doors, there was a big mirror, about a head taller than he was and about as wide as he himself was.

Slowly but surely, a wide grin appeared on his face. This was truly an opportunity... An opportunity... To go and admire himself a bit! While usually a shameful thing to do to himself, he knew he was all alone in the room. Why not use this moment to admire what he is proud of the most right now? He himself.

He opened the glass doors that lead back inside, starting to take steps there. With one hand, he was unbuttoning his marine-issued white sleeveless shirt. The mirror was awaiting him! His admiration "session" came to a hard stop when he heard something land on the railing of his balcony, which leads him to immediately turn himself around. Truly a surprise to be sure... But a welcome one... He saw Yumiko over there. Did she come to admire him? Wait... What if she is a psychic and was able to read his mind?! Nevertheless, there we was now, standing in a slight shock, with his shirt unbuttoned from the front.

"Commander Yumiko. What brings you here?" he asked from her with a questioning tone. That question was given an answer quite quickly. No disappointment could be heard from him, but deep inside, he was slightly disappointed. It was nothing but an invite back to a duty already.

There was no time to be wasted... He performed a salution towards Yumiko right before she marched past him through the room, only to then follow her, with one hand buttoning the shirt back up. Cannot go to his higher up half naked! He was quite looking forward to what the rear admiral had to talk about... Probably he was to hand out the new orders... Only time will tell. 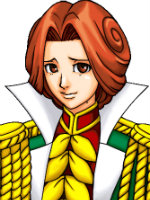 Anton waited patiently in the room, waiting for Yumiko to return with the others. His mind was stewing over what to do next, going over their encounter with the nobility. Guarding the young prince was going to be a lot more trouble than he would have liked. Then again, royalty was involved. What should he have expected.

The door soon opened, allowing in Ryoichi. The Rear Admiral gave the man a nod. It wouldn't be long before Jeremy came into the room as well, followed by Yumiko. Though Anton immediately noticed the regretful look on the gunner's face. "I'm sorry to have to drop this sir," he said reproachfully, "But I just got word from the higher ups. They want me over to another assignment immediately." Anton's eyes bugged out of his head. "Seriously? Now? Of all times!?" Jeremy brought his hands up defensively. "Hey, it wasn't my idea! I told them we were in the middle of something. But they said you guys can handle it. Stupid as hell, I know. But what can I do?"

Anton let out a sigh. He could file a complaint, but he'd be tied up in red tape for ages, and no was not the time. "No, there really isn't anything we can do, is there? As stupid as a decision it is, I'm afraid it's one we're stuck with." he looked at Jeremy. "You're dismissed. It's a shame to have to let you go. I hope whatever they're having you do goes well for you." Jeremy gave the Rear Admiral a respectful nod, giving the same to Ryoichi and Yumiko before quietly leaving the room. The room was silent for a moment before Anton sighed.

"Well, THAT was an absolutely kick in the teeth." he looked to his remaining officers, "Looks like it's down to the three of us now." He moved to take a seat, gesturing for them to do the same. "We've got to keep the crown prince safe, and it's painfully obvious the nobility don't want us around. I'm open to hear your thoughts and opinions on moving forward."

Only after the other two had entered, Yumiko finally stepped inside as well. She took position beside the door. Arms held behind her back, she stood stiffly at attention. Relaxing was not an option. This was a difficult matter, so she understood the need for a strategic briefing. No matter what genius plan her superior drafted for them, she silently prepared herself to follow it down to the tiniest detail.

However, before the briefing, another shock shook the group. Even the stern, unflinching samurai gasped. Jeremy... was leaving...? She had thought herself used to such events. It wasn’t anything unusual after all. Soldiers were needed for their specific talents all the time. This just... felt so sudden...

With a deep breath, the swordswoman brushed the distracting thoughts aside. Her icy composure returned. As the soldier walked past, she clicked her heels together and saluted the fellow soldier. “Should thy duty ever come to an end, thou are always welcome back.” Brief and to the point, as usual, but the heart was still definitely there.

Once the Rear Admiral broke the uneasy silence, the Commander merely nodded. For once she understood the metaphor used. There was nothing she could say to make it better. So she kept her mouth shut. It was a lesson she had learned well over the years...

Though Anton gestured for Yumiko to take a seat, she still remained standing. It was only proper in the presence of a superior. His request for thoughts and opinions was met with a pensive stare. “...‘Tis forbidden for a warrior to interfere with the matters of those above him.” There was no but. No clever play on words or phrasing leaning on pronouns. She was simply stating a flat fact.

“The only thing we can do is to prepare the young Shogun properly.”

In typical Yumiko fashion, she took the idea of preparation in a wildly different direction. Grabbing the sword from her waist, she held it before her. “I shall gift him mine blade and teach him in the ways of swordsmanship, ‘till the treasurer can procure a sword worthy of his status. One of the fabled meito should prove sufficient.” She could only hope this country had one. Anything less would be an insult to the young Shogun.